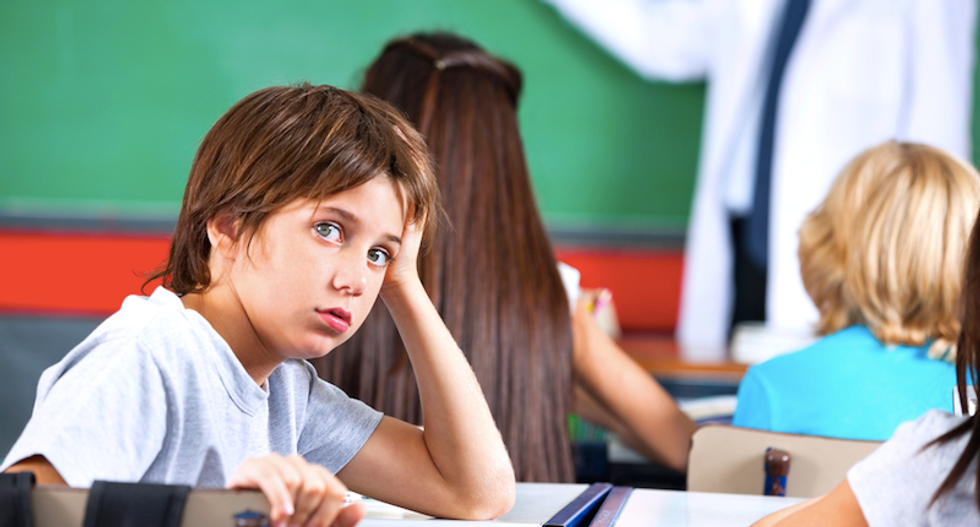 The Louisiana Science Education Act was passed in 2008 as a method to promote classroom discussion on evolution, but critics have complained the law allows creationism to be taught in public schools, reported The Advocate.

That appears to be the case, according to a science education activist who graduated from a Baton Rouge high school after the law’s passage.

“I have obtained emails from creationist teachers and school administrators, as well as a letter signed by more than 20 current and former Louisiana science teachers in Ouachita Parish in which they say they challenge evolution in the classroom without legal ‘tension or fear’ because of pro-creationism policies,” claimed Zack Kopplin in an article for Slate.

State Sen. Karen Carter Peterson (D-New Orleans) filed her fifth attempt to repeal the law, which this time is called the “Intelligent Outcomes Wanted Act,” or IOWA – which Jindal has frequently visited as he considers a possible GOP presidential run.

The law allows teachers to use outside materials to “promote critical thinking skills” and “objective discussion of scientific theories,” but Kopplin found the measure offered a “back door” to teaching Bible-based philosophies of the Earth’s origins.

He found that two science teachers in West Monroe asked students to name an evolutionary change that would support both the Big Bang theory and creationism.

A creationist principal in Ouachita filmed videos of himself when he taught biology, and Kopplin uncovered an approving email sent to the former teacher from another Louisiana creationist.

“The DVD you made in the classroom is needed to show what a teacher can do in a single period,” wrote Charles Voss, who publishes his own creationist materials. “You literally destroyed evolution in one 40 minute period.”