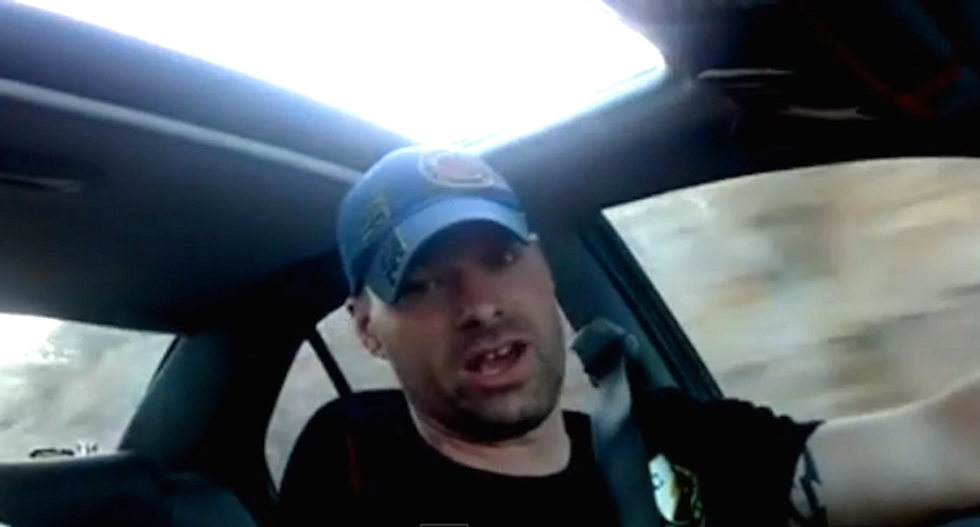 Militia groups are gathering in southern Oregon to back gold miners embroiled in a Bundy-style dispute with the Bureau of Land Management.

Federal authorities said they had notified the miners earlier this month that they were out of compliance with BLM regulations and ordered them and their equipment off the land by April 25.

The owners of the Sugar Pine Mining Claim reached out to the Oath Keepers of Josephine County for help, and the pro-gun group issued a nationwide call for assistance that was picked up by websites such as Infowars and Before It's News.

"If you are a true Militia, true III%, Oathkeeper etc. then you are needed. If you can get away from home to help, NOW IS THE TIME," says the alert issued by Chris Langer, a firearms instructor and barbecue restaurant owner from Wisconsin. "Just like Bundy ranch, the BLM is out of order! SHUT DOWN THE FOREIGN CORPORATION NOW! The miners need you!!"

The alert seeks at least 50 volunteers in the mining district with supplies to remain in rough terrain for at least seven days.

"That's what being an American's all about," said Blaine Cooper, an Arizona State Militia member headed to Oregon. "We don't allow our neighbor to be enslaved or beaten or tortured by government jackboots because they want to steal our land and our resources to keep us under their thumb."

SWAT vehicles were spotted Tuesday near the mining claim outside of Merlin, reported KDVR-TV.

The Oath Keepers said they want to ensure that the BLM respects the miners’ Fifth Amendment rights to due process.

BLM authorities said they had spoken with a lawyer who represents the miners – who will likely appeal the federal order.

The Sugar Pine Mine is part of the Galice Mining District, where miners have been fighting the BLM over the rights to underground mineral deposits.

The miners contend Congress had set aside the Galice Mining District as a “local governing body for and by miners,” granting them “the right to create and enforce local rules and regulations” as long as they did not conflict with U.S. laws.

The private consortium has turned up 10 million ounces of gold during continuous operations since the 1870s, although geologists estimate there could be much more gold in the mining district, reported the Shasta Lantern.

Claims of that age hold exclusive rights unless the Department of Interior severs those rights under the 1955 Surface Resources Act, and the miners say the BLM had produced no evidence of its surface authority.

The miners claim federal agents may be destroying documents they are required to maintain as evidence, and they see the brewing confrontation as an opportunity to shake off federal authority over their mining operations.

“This case is headed in a direction that presents what is probably a once-in-a-generation prime opportunity to strike at the heart of the very surface management authority of the (Department of the Interior) and (Department of Agriculture) and to restore the ‘as patent’ rights of every mining claim owner in the United States by striking down the actual source of that intrusive authority,” the miners said in a statement.

Watch a pair of Arizona State Militia members on their way to join the standoff in a video posted online by DAHBOO777: