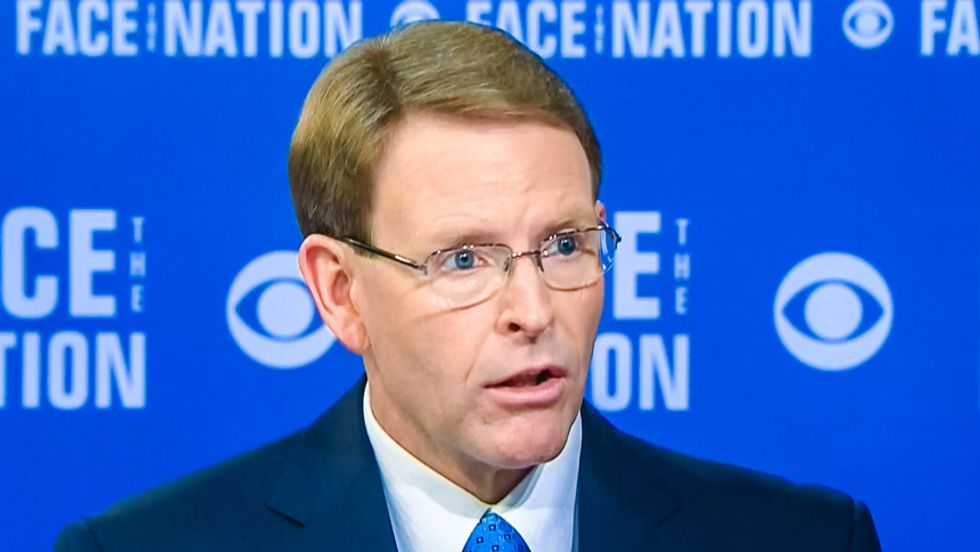 As a gay man, I admit that I am encouraged by what I see as a more LGBT-inclusive American society.

While we still have some kinks to work on and straighten out, I am happy with our progress. Just a decade ago, we weren't talking about LGBT issues as openly as we are now. We have more public figures who are out from the get-go, rather than coming out after long rumors and speculation. And marriage equality is closer to becoming a 50-state reality sooner than some of us ever realized (fingers crossed).

But I am nagged by something which is figuratively poking me in the back of the head with the urgency of a classmate eager to annoy the hell out of me.

There is a brazenly dishonest new tactic emanating from the anti-gay right which must be called out on a larger scale. That lie is the idea that somehow the progression of marriage equality and popularity of the LGBT community is suddenly making them isolated and derided for supposedly simply stating their opinions. Suddenly the LGBT community is being portrayed as bullies seeking to shut anti-gay figures down and deride them for speaking against marriage equality and LGBT equality. It's a skilled talking point helped along by think tank finances, intellectuals paid by these finances, and a "news" network  which mistakes omitted information, one-sided interviews, and sloppy (probably in some cases deliberately sloppy) journalism as conservative opinion and ideology.

Almost weekly, we read or hear about anecdotal incidents dredged up by Tony Perkins and the Family Research Council,  Ryan T. Anderson and the Heritage Foundation, or Fox News personality Todd Starnes about supposed innocent Christians who are besieged by aggressive gays. Often times, the incidents are over-hyped, biased, and without the nuance we should demand from journalism; the latter which we rarely receive until days later.

The anti-gay right seem to be painting a portrait of victimhood in anticipation of further progress by the LGBT community and the goal is most likely to stop this progress.

But I have one question.  How in the hell can anyone forget how we got to this point? I mean really.

For decades, anti-gay organizations and their supporters have portrayed the LGBT community as child molesting, diseased, sexually aggressive miscreants whose sole desire is to cause chaos before being sent to the lower pits of hell after we die for our supposed sins. Through lies, distortions, and bad science, anti-gay groups made it difficult for laws to be passed to protect our interests, health, and families. They created and repeated ad nauseam the false mantra that  we are a "public health hazard" and our lives are fraught with pain, sadness, loneliness, and early death.

But suddenly, as if they are recreating the famous scene from the 1978 Superman motion picture in which actor Christopher Reeve soared through the air and flew backwards to alter history, anti-gay groups are attempting to rewrite the so-called culture war.

They want the world to forget all of the ignorance they exploited, the lies they told, and the tactics they undertook to dehumanize the LGBT community.

They want us to forget the times when folks like Anita Bryant accused LGBTs of "recruiting" children to "refreshen" our ranks.

They want us to forget the officials in the Reagan Administration who kept the president from adequately addressing the AIDS crisis in its early days.

They want us to forget the names and faces of people whose lives were destroyed via homophobic violence or suicide most likely spurred on by the nods of societal homophobia.

They want us to forget all of the times when we fearfully hid in the closets, while being attacked by purveyors of junk science during Congressional hearings or had the quality of our lives reduced to fevered sexual fantasies on a day-to-day basis.

And most of all, they want us to forget that all of this was done either directly by them or through their tacit approval.

Because you can't escape the truth no matter how fast you run or how much influence you peddle to distance yourself from it.

Don't mistake my words as some sort of call to violence or isolation against you. It's just to say that I'm hip to the game you are running. Nor am I the only one.

So play this game as long as you can because sooner or later, all games must come to an end.

And when THIS game ends, you will be the loser.

LGBTs don't forget and we don't let others forget, either.