Right-wing rabbi: 'Effeminate' liberals are sexually attracted to 'the masculine strength and brutality of Islam' 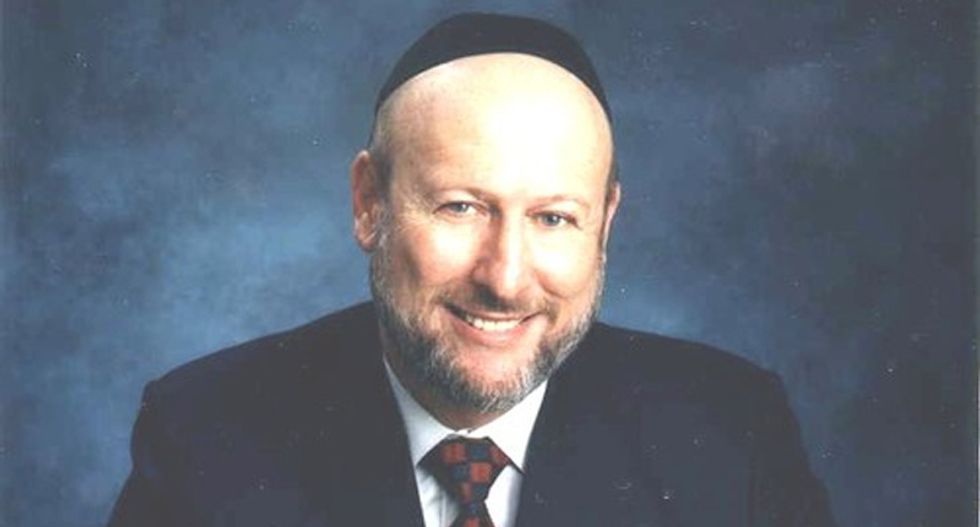 Appearing on the Family Research Council’s Washington Watch, a religious scholar who calls himself "America's Rabbi" claimed that liberals are sexually attracted to the "the masculine strength and brutality of Islam."

Asked by host Tony Perkins why "the left" favors Islam, Rabbi Daniel Lapin explained there is a sexual dimension to it which, in turn, explains why young women are drawn to terrorist organizations like ISIS.

In audio captured by Right Wing Watch, Lapin began by explaining traditional gender roles, before stating that “There are countless studies showing that feminine-type behavior produces an excess of estrogen in men and vice versa."

He then explained how "leftism" has feminized America.

“Today, after a 30- or 40-year epidemic of leftism that has swept its sordid stain across America, we’ve become much more feminized and we are attracted to the masculine strength and brutality of Islam," he said. "This is the girl in the high school being attracted to the bad, tough guy and that’s really what’s happening."

Calling it irrational, Lapin continued, "When people are sexually attracted you see irrational behavior. On a spiritual level, the feminized American left, show business, politicians, particularly academia, all the people who love Islam, when Christianity and Judaism are exactly the reverse.”

Listen to the audio below uploaded by Right Wing Watch: