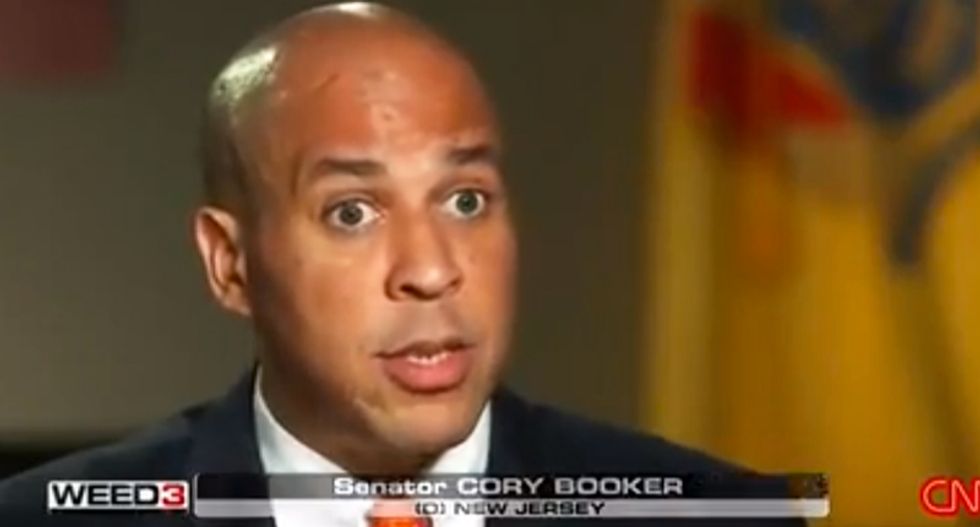 Booker, along with New York Sen. Kirsten Gillibrand (D) and Kentucky Sen. Rand Paul (R), recently proposed a bill that would remove the threat of federal prosecution for patients using medical marijuana in states where it is legal, while setting in motion scientific investigations into its medical properties.

In the interview with Gupta (found at the 38-minute mark), Booker calls for a "revolution" in U.S. drug laws.

"Our drug laws in this country, as a whole, need a revolution of common sense and compassion," Booker explains.

Under the proposed bill, marijuana would be reclassified allowing for more research into its medical benefits, while allowing U.S. military veterans to get a prescription for marijuana for the treatment of illnesses, including PTSD.

"Once you make the class of drugs Schedule 2, you can research it and find out what are the medical impacts, and when can you use it" Gillibrand said. "That is what's necessary here, it's so simple."

Booker then turned to his fellow lawmakers who have admitted to smoking weed.

"Let's stop the pot hypocrisy," Booker said as Gillibrand laughed. "We now have three presidents that have admitted to smoking marijuana. People in public office, all throughout the Senate, have said, 'Hey, I've smoked marijuana recreationally.' How much of a hypocrite do you have to be to say that I broke American laws using pot as a recreational thing, that I'm not going to support this idea, as a medicine for severely sick people, that they shouldn't be able to access this drug."

Later in the program, President Barack Obama gave qualified support to the bill, saying, "We need to follow the science."

Watch the video below uploaded to YouTube by Niqie G: