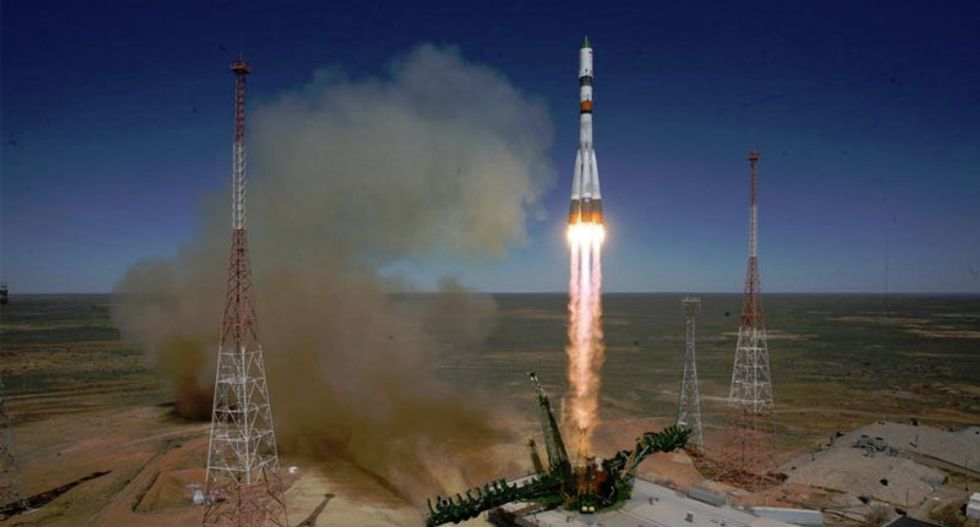 Russia said Wednesday it had lost control of an unmanned spacecraft taking supplies to the International Space Station and it is plunging back to Earth but is likely to burn up in the atmosphere.

The loss of the Progress supply ship, a Soviet design known for its reliability, is the latest embarrassment for Russia's space programme that has been recently hit by a series of mishaps.

Grim-faced officials from the Russian space agency told a hastily arranged news conference that the capsule had been lost.

"Most likely it is some sort of unforeseen situation related to the separation of the ship from the carrier," Alexander Ivanov, deputy chief of the Roscosmos state agency, told reporters.

"It is impossible to say now who is guilty and of what."

Roscosmos chief Igor Komarov said the vessel's debris is likely to burn up in the atmosphere, estimating the cost of the launch and the spacecraft at nearly 2.6 billion rubles ($50.8 million).

Roscosmos estimates that the vessel will burn up in the atmosphere some time between May 5-7.

A Soyuz rocket carrying the Progress M-27M spacecraft with supplies for the ISS successfully launched on Tuesday but communication with the vessel was lost soon afterwards.

Speaking to AFP earlier Wednesday, a Russian official familiar with the situation said the capsule had begun descending.

"It has nowhere else to go," he said.

"It is clear that absolutely uncontrollable reactions have begun."

He said controllers had done everything to try to rescue the ship.

"We have scheduled two more communication sessions to ease our conscience," the official said earlier.

The Russian mission control said that attempts to contact the spacecraft had been unsuccessful.

"It's the first time that we have such a combination of emergency situations," a mission control spokesman told AFP.

The controllers had on Tuesday opted to change the flight plan and extend the vessel's journey to two days instead of six hours in a bid to fix the glitch.

NASA said that Russia had informed it that the vehicle "will not be docking with the International Space Station."

The ship had been rescheduled to dock with the ISS, where an international crew of six people was awaiting the cargo, on April 30.

NASA said none of the equipment on board was critical for the US section of the ISS, and that the astronauts have plenty of provisions, enough to last for months.

The Progress was carrying "1,940 pounds (880 kilos) of propellant, 110 pounds of oxygen, 926 pounds of water, and 3,128 pounds of spare parts, supplies and scientific experiment hardware," NASA said.

The next delivery to the ISS is planned by SpaceX's Dragon cargo ship on June 19.

Igor Lisov, an editor at the industry magazine Cosmonautics News, said the accident was out of the ordinary, noting that the Progress vessel is a reliable workhorse.

"Around 100 Progress vessels have been launched since 1978," he told AFP. "On the whole it is a very reliable system."

Independent space expert Vadim Lukashevich said that the mishap should not be seen as a catastrophe.

"There were no cosmonauts on board, no one will die," he told AFP. "Equipment, especially when it is so complex, has every right to spring surprises -- especially after so many years of service."

The Russian space programme is renowned for having sent the first man into space in 1961 and launching the first satellite, Sputnik 1, four years earlier, and its achievements remain a major source of national pride.

But more recently it has endured a series of setbacks, notably losing expensive satellites and a similar Progress supply ship in 2011.

That vessel crashed into Siberia shortly after launch in one of Russia's biggest space setbacks.