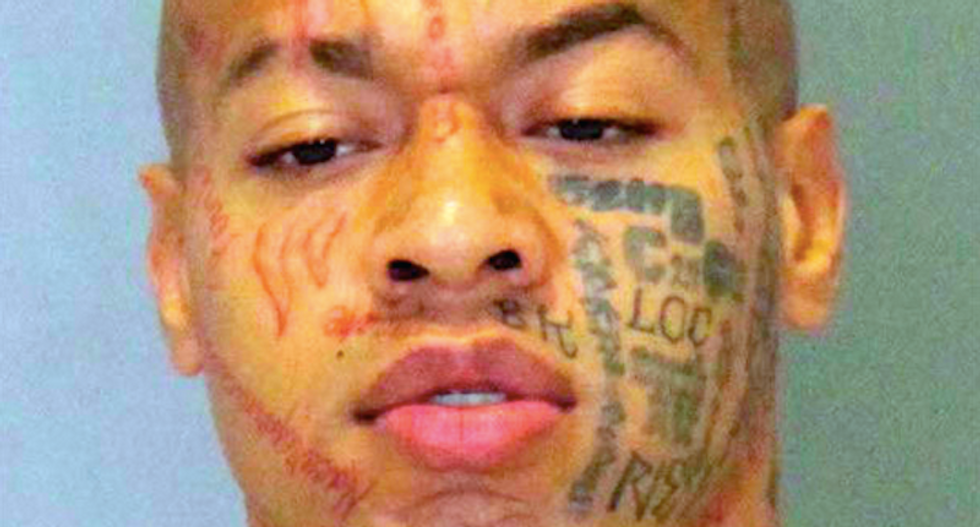 A Nebraska spree-killing suspect was foiled by a mirror in his attempt to carve “666” into his forehead ahead of his capital murder trial.

Nikko Jenkins told a judge he had “self-mutilated” using an unspecified implement, but he did not account for the mirror image and carved what appears to be three upside-down nines into his skin instead of the biblical Number of the Beast, reported the World-Herald.

The 29-year-old Jenkins faces capital murder charges in the August 2013 deaths of Juan Uribe-Pena, Jorge Cajiga-Ruiz, Curtis Bradford, and Andrea Kruger – who were killed in three separate incidents over a 10-day period.

Jenkins, whose face is covered in tattoos, has pleaded no contest to the killings and claims that he acts on orders from a serpent god.

He told the court during a telephone hearing that he carved the numbers into his forehead because he is not receiving treatment for his mental illness.

Psychiatrists disagree over whether Jenkins is schizophrenic, and a previous attempt at self-mutilation last year has delayed his death penalty hearing.

A judge has declared him competent to stand trial, which is scheduled for July.