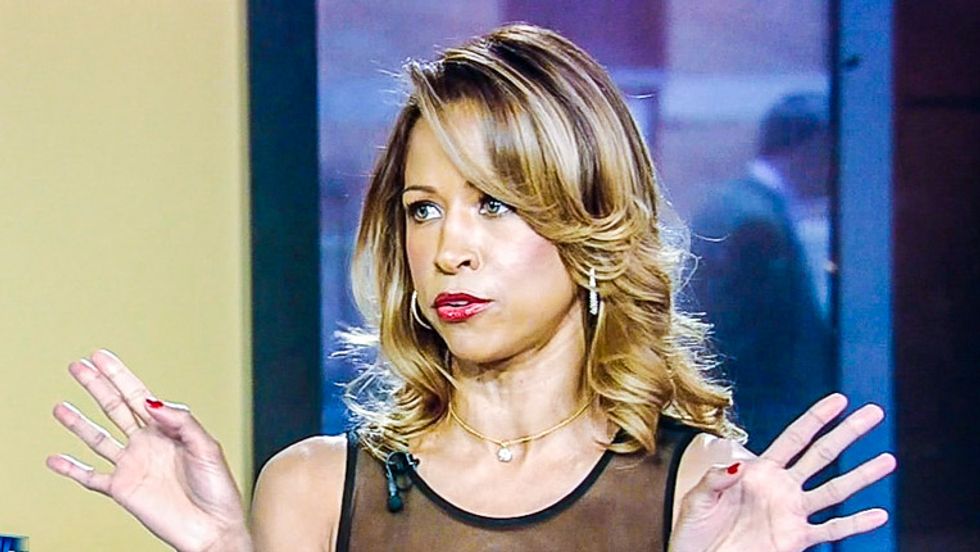 During Wednesday's airing of the Meredith Vieira Show, Hollywood actress turned pundit Stacey Dash charged that women should "stop making excuses" about gender discrimination in the workforce and just try harder if they're unhappy getting paid less than their male colleagues.

Vieira counters that, if women are earning "78 cents for every dollar a man makes," then there is "something wrong." She points out that, according to certain economic projections, her 22-year-old daughter will have to work for more than four decades to have a reasonable expectation of pay equality.

"I feel like your daughter will be able to make just as much money as she wants in your life," Dash continues to Vieira. "Just like you. Look at you."

"I am successful," Vieira concedes. But, "it took me a long time. It takes a lot of people a long time. For many years I was not getting paid the same as the guys."

"And you think it's because you're a woman?" Dash inquires.

"I think that had a lot to do with it," Vieira responds.

"I won't put my fate in anything other than my own action and taking my destiny in my hands," Dash says, adding she won't allow herself to be  "a victim."