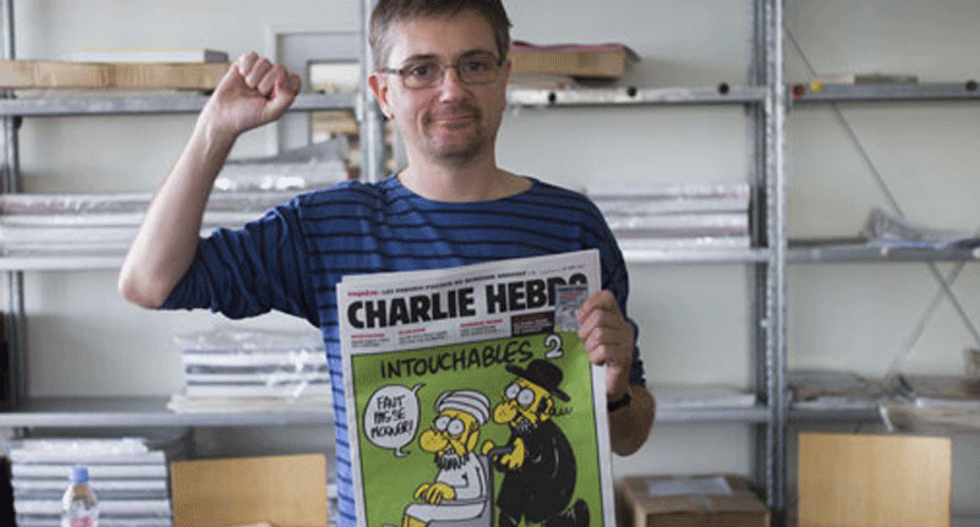 After the Charlie Hebdo attacks, I was glad to be a regular reader of Reason magazine editor Matt Welch, someone I got to know when we both worked years ago in Los Angeles. In the media chaos after the massacre, as American pundits tried to come to grips with what Charlie Hebdo was about and why it had been targeted, here was someone actually familiar with the publication who had lived abroad and was married to a French journalist. Welch tried to warn people about making knee-jerk pronouncements about the magazine's cartoons, because all it did was betray the fact that very few people on this side of the Atlantic really understood what they were talking about.

Charlie Hebdo was anti-racist and anti-authoritarian, Welch explained, even if some Americans looking at its cartoons for the first time were unable to understand what they were seeing. But the publication had run a cartoon of a black woman politician as a monkey, and it also appeared to attack gays and lesbians and anyone who had any religious conviction. Had the magazine, in the words of Doonesbury cartoonist Garry Trudeau, "punched down" at minority groups on its pages? Had its staff been "asking for it" when it repeatedly satirized Islam?

Sure, you could view Charlie Hebdo that way, if you completely ignored what the writers of the magazine intended and how readers in France perceived it. (For those actually curious about how the French read the publication, there have been some excellent guides published online.)

This is all coming up again because PEN America is presenting the surviving Charlie Hebdo staff with an award on May 5 that will honor the publication for its dedication to free speech.

Six prominent members of the writers' organization, however, are giving up their positions as "table heads" and will not attend the ceremony as a protest against the award selection. And the reaction to their protest has been fascinating to watch.

Salman Rushdie was so incensed, he actually used the p-word in his denunciation of the six protesters on Twitter (and then apologized for using the word, explaining that he was actually responding to someone who had used it and shouldn't have done so).

But apology or not, Rushdie's anger over the protest is obvious: “If PEN as a free-speech organisation can’t defend and celebrate people who have been murdered for drawing pictures, then frankly the organisation is not worth the name,” Rushdie said.

Atheist biology professor and blogger Jerry Coyne was also surprised by what he called a "misguided" protest: "All of this, I think, rests on a deep misunderstanding of the magazine’s aims, which were to satirize Islam (along with every other religion), but also to stand up for the rights of minorities and immigrants in France, regularly mocking the French Right."

At The Intercept, Glenn Greenwald supported the protesters, characterizing Charlie Hebdo as a publication that went after easy targets: "The particular group they most prominently mock are Muslims, a marginalized, targeted, and largely powerless group in France and the west generally." He also pointed out how political leaders with terrible free speech records flocked to the public memorial after the attacks, cynically using the event for their own gain: "Some of the most repressive regimes on the planet sent officials to participate in the Paris 'Free Speech' rally, and France itself began almost immediately arresting and prosecuting people for expressing unpopular, verboten political viewpoints and then undertaking a series of official censorship acts, including the blocking of websites disliked by its government."

But even if repressive regimes tried to cash in on the attacks, does that mean the Charlie Hebdo writers who were killed don't deserve to be honored as warriors of free speech? Again, I turned to Welch to see what his take was. He wasn't happy.

"Less than four months after one of the most egregious assaults against free speech in modern history, a half-dozen PEN-gala co-hosts are backing out of the event because they worry that the dead cartoonists might have been insufficiently non-racist," Welch wrote on Monday. "The arguments from these free-speech refuseniks are remarkable in their awfulness."

He goes through the objections raised by writers Peter Carey, Rachel Kushner, Teju Cole, and Deborah Eisenberg, and shows how similar they are to the knee-jerk reactions we saw the day of the attacks and before the explanations and context for the cartoons began getting some coverage here. In other words, Welch says, the PEN protesters just haven't been paying attention.

"That's just it: People who call themselves writers and champions of free speech paid just enough attention to slime dead cartoonists as racists even before all the blood was mopped up. They continue to reveal themselves by their works," he writes.

If you're still confused about which way to come down on the Charlie Hebdo cartoons, I encourage you to read the piece by Welch that he wrote just after the attacks. He explained that the rest of us really weren't worthy to say "Je suis Charlie."

And we still aren't.