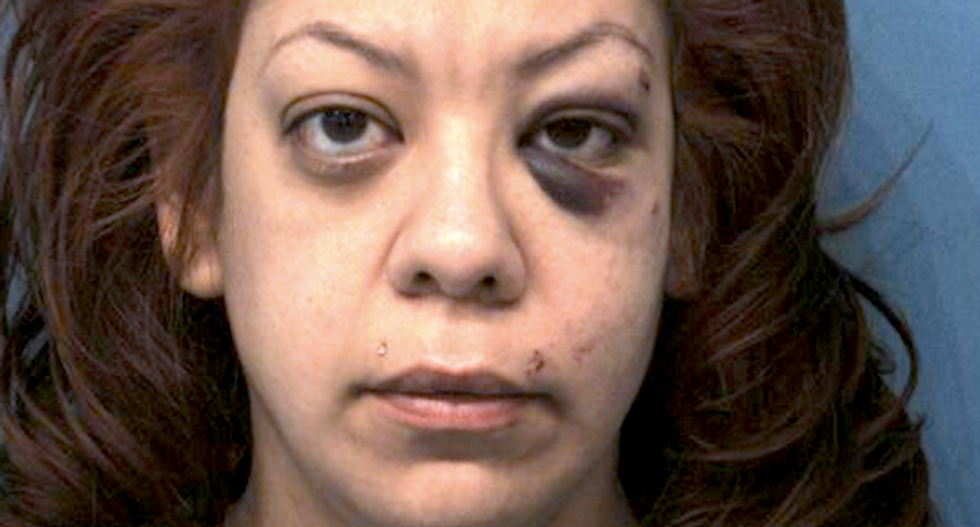 Police slammed a Texas woman to the ground in a drunken driving arrest caught on video by an onlooker.

The video recorded Tuesday shows Round Rock Police Officer Ben Johnson speaking with 27-year-old Viviana Keith and then attempt to force her onto the hood of his patrol car, reported KVUE-TV.

But Keith resists, and the officer throws her face-first to the ground – where the woman hit her head and was knocked unconscious.

Keith’s 6-year-old daughter, who was in the car, is then seen walking over to check on her mother as Johnson rolls the woman over and checks her pulse.

"When I look back at the tape, I can see her head bounce off the concrete because when he threw her down, she wasn't able to brace herself," said the witness who recorded the video, who asked to remain anonymous in fear of retaliation.

"She was absolutely unconscious,” he continued. “There were a couple of other gentleman in the store with me and we were saying, 'Is she breathing?' Because at first we weren't seeing her stomach rise and fall."

Witnesses say the woman’s daughter screamed in panic while staff from a nearby urgent care center assisted Keith until emergency medical providers arrived.

“It’s not right,” said April Trevino, who witnessed the incident. “He could have done something different,”

Witnesses said Keith had walked into a nail salon shortly before her arrest and was “loud and disruptive,” and they said her daughter told them her mother had been drinking all day and that she was hungry.

Police were called after Keith walked into another salon, where witnesses said she was “very combative, very argumentative and also very intoxicated.”

Authorities said she then got into her car with her daughter, prompting additional calls about an erratic driver.

Witnesses said Keith jerked her arm away from the officer after he stopped her, and the Round Rock police chief said the officer behaved appropriately.

"The officer was very professional, was talking to her calm, he wasn't excited, he wasn't angry," said Police Chief Allen Banks. "It's unfortunate, the fact that this lady did what appears to hit her head and was knocked unconscious, but I'll tell you -- the officer did what he was supposed to do in a situation like that."

Keith was arrested and charged with driving while intoxicated with a child younger than 15 and interfering with public duties.

The police department is investigating the use of force by Johnson, a Round Rock officer for four years who had previously worked for an out-of-state police agency.

Keith suffered facial bruising and a head injury in the arrest.