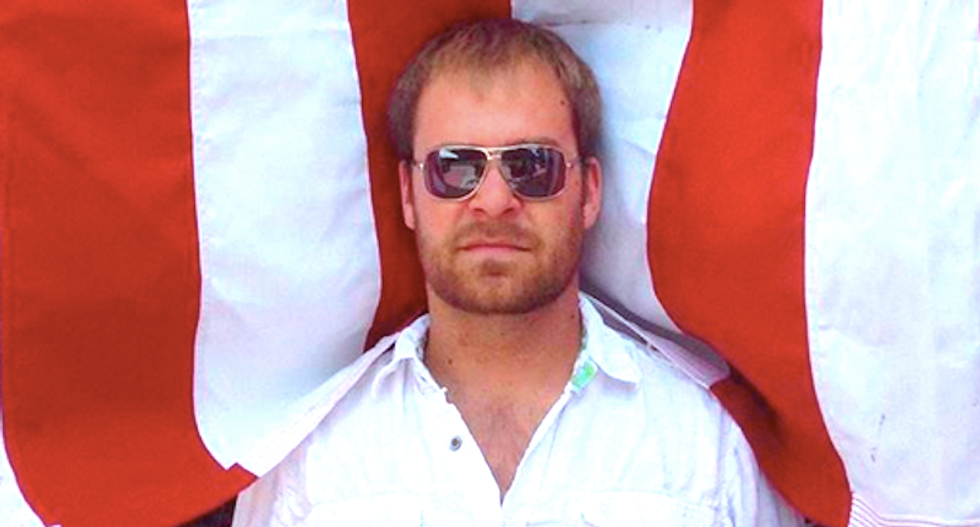 Conservative activists linked to prank filmmaker James O’Keefe have secretly recorded video they plan to use against Texas lawmakers in upcoming elections.

John Beria, spokesman for the American Phoenix Foundation, recorded more than 800 hours of covert footage as conservatives plan to target incumbent Republicans and shift the Texas Legislature further to the right, reported the Houston Chronicle.

Several House Republicans said they were approached aggressively last week inside and outside the Capitol by the Austin-based group’s staffers wielding hidden cameras.

Lawmakers said the activists attempted to provoke them on hot-button issues and peppered them with questions about Republican House Speaker Joe Straus – a frequent target of Tea Party activists.

"It's like they were almost stalking us," said Rep. Patricia Harless (R-Spring).

Beria said his nonprofit group’s 16 staffers are targeting lawmakers who are “notorious” for their “shady business deals,” but he declined to be specific about which “nefarious” acts he meant.

"They've collected quite a bit of content that I think will probably be very good, but a camera is nothing to be worried about if you're not doing anything wrong," Beria said.

The group plans to release some of the video – which was recorded on cameras hidden in lapel pins or inside briefcases – over the next several months as lawmakers begin to prepare for the upcoming primary season, the newspaper reported.

“What we’re going for is just hypocrisy. It’s liberal hypocrisy. It’s conservative hypocrisy,” Beria said. “If they’re running on God and guns and babies and then come down to Austin and act like total moral hypocrites, we want to show that, too.”

Beria told the Chronicle the “visionary” behind the undercover video campaign is Joseph Basel, who was sentenced in 2010 with O’Keefe to probation and community service after the pair admitted to entering the offices of then-U.S. Sen. Mary Landrieu (D-LA) under false pretenses.

O’Keefe gained notoriety in 2009 when he dressed as a pimp and secretly recorded himself and Hannah Giles – now married to Basel – discussing a prostitution scheme with activists from the Association of Community Organizations for Reform Now, or ACORN.

The selectively edited videos eventually led to the organization’s demise.

A spokesman for the activist group founded by O'Keefe denied any involvement in the secret video recordings of Texas lawmakers.

"Neither James O’Keefe nor Project Veritas have any connection to the American Phoenix Foundation or their recent investigations of members of the Texas Legislature," said Daniel Pollack, communications director for the activist group.

Basel is currently CEO of C3 Strategies, a consulting firm that worked on the campaigns of state Sens. Don Huffines (R-Dallas), Lois Kolkhorst (R-Brenham), and Konni Burton (R-Fort Worth).

However, Basel said none of the recordings were made through C3 and he insisted none of his clients were involved.

Adam Sharp, a Missouri-based Tea Party blogger and video activist, has been the most visible team member, the Chronicle reported.

His Twitter biography brags that “you too can unseat a Congressman with a $129 video camera."

Lawmakers said they felt threatened by the activists because they appeared to follow them and family members before secretly recording their answers to provocative questions.

"It's a sleazy campaign tactic," state Rep. Charlie Geren (R- Fort Worth). "There's some real scumbags in this business."

Beria, however, said the activists were all unarmed and were breaking no laws by pressing elected officials to stake out positions on political issues while they secretly recorded them.

"I think there's probably a lot the legislators want to keep hidden and keep covered up," Beria said. "So if they're worried about the political consequences, I think they're probably rightfully concerned."