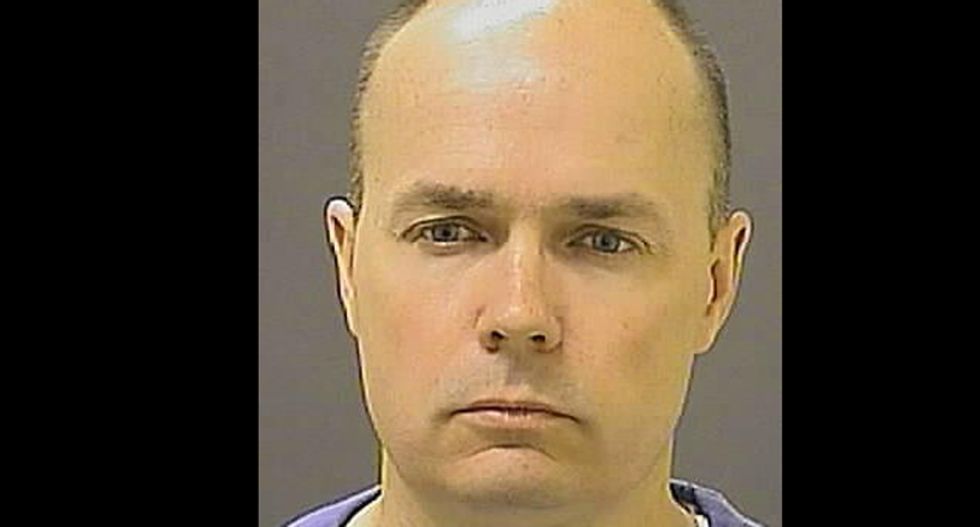 The Baltimore police lieutenant charged with the manslaughter of Freddie Gray was accused of threatening to kill an ex-girlfriend several years before allegedly abusing his position to harass another former partner and her family.

Brian Rice is alleged to have grabbed the woman as she attempted to collect her possessions from the home they had shared and told her that if she ever returned “he would kill me”, she said, when requesting a restraining order in 2008.

The complaint also stated that Rice kept several guns at the house, including an AK-47 assault rifle.

Rice, 41, would later be accused of threatening to kill the husband of another ex-girlfriend , having that man wrongfully arrested , and warning that he was preparing to kill himself, as part of an intense dispute that saw him twice disciplined by chiefs and stripped of his guns.

Experts on policing have expressed dismay that Rice was permitted to stay in his job after his supervisors were repeatedly informed of his actions, which extended to trying once again to have the man arrested on 29 March this year.

Two weeks later he initiated the arrest of Gray after the 25-year-old “made eye contact” with him in a west Baltimore street and ran away. Gray was chased and subjected to an arrest declared unlawful by the city’s top prosecutor . He suffered a badly broken neck while travelling in a police van in handcuffs and shackles and died a week later in hospital, prompting protests and unrest across the city.

Rice’s former partner’s court petition was filed with the Baltimore County district court on 21 April 2008. It was denied by a court commissioner who stated there were “no reasonable grounds to believe that abuse (as defined in the statute) occurred”.

The alleged incident came to light after the Guardian requested court papers last month that were held in storage and made available to media on Tuesday. It marks the earliest in a line of allegations of abuse and erratic behaviour levelled at Rice.

It was unclear whether police were informed of Rice’s alleged threat. The woman wrote in her court filing that after agreeing to leave she warned she would return under a police escort.

On Tuesday, the Guardian reported a further complaint made against the lieutenant in September 2013 by Andrew McAleer, the husband of Rice’s former partner Karyn McAleer, who alleged he witnessed Rice holding Karyn’s stolen mail and attempting to throw it into a public garbage can. Mail theft is a federal crime, which carries a punishment of up to five years in prison.

A detailed affidavit, written by Andrew McAleer, alleged Rice engaged in a “pattern of intimidation and violence” between 2012 and 2013 against the McAleers following a custody dispute between Karyn McAleer and Rice, who have a young child together from their previous relationship.

Contained within the affidavit are allegations Rice threatened to kill himself, threatened to kill Andrew McAleer and sent him “numerous harassing and sexually explicit text messages”. The account also alleges that Rice made one of Karyn McAleer’s young children shoot at a photograph of her and her husband “taped to a piece of cardboard intended for target practice”.

Andrew McAleer was granted a temporary protection order from Rice in January 2013, which was subsequently rescinded by a separate judge following a full hearing.

Brian Rice has declined to comment on any of the allegations and did not answer the door at his home on Monday.