Bill Maher: Pamela Geller is 'kind of a loon' but she has the right to draw whatever she wants 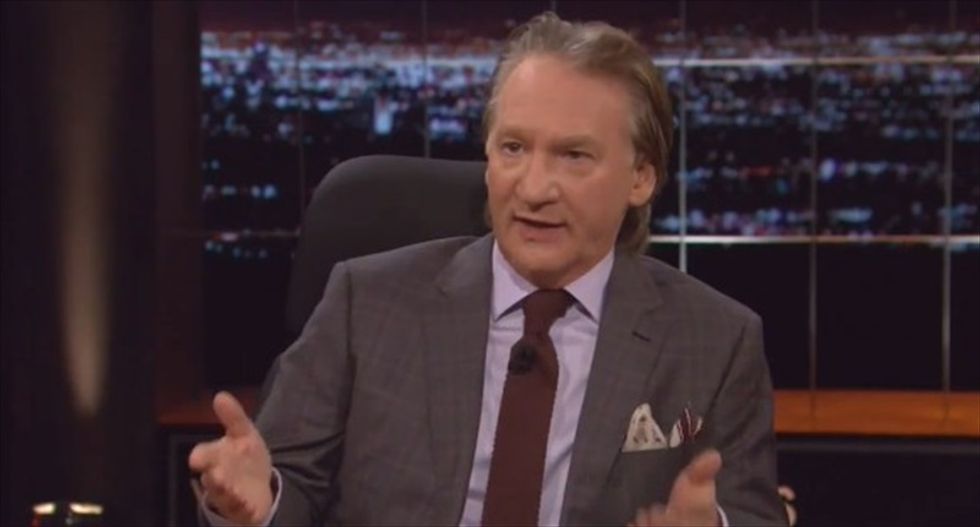 'Real Time' host Bill Maher during the panel discussion on May 8, 2015. [YouTube]

While he considered anti-Islam activist Pamela Geller "kind of a loon," Real Time host Bill Maher said on Friday, he defended her right to hold an exhibit of supporters' drawings of the Islamic Prophet Mohammed.

"I'm not a fellow traveler with her," Maher insisted, adding, "It obviously was a provocation. But this is America. Do we not have the right to draw whatever we want?"

Maher compared the attempted attack at the event in Garland, Texas to the fatal shootings against Charlie Hebdo magazine in France, which prompted cartoonist Garry Trudeau and others to protest the magazine receiving an award from the PEN American Center.

The host did not mention, however, that the satirical magazine has rejected any comparisons to Geller, saying she was "obsessed" with the religion.

"We are not obsessed," editor-in-chief Gérard Biard told New York magazine. "We are just obsessed by the news, and by how the world is going on. The difference with Pamela Geller, she is obsessed by Islam. She waits every morning and thinks, What can I do today to defy these people?"

Conservative pundit Will Cain argued on Friday that if someone threatens to kill anyone who offends them, offending them becomes "virtuous."

"You need to offend that person," Cain said. "You need to shock them out of their horrible position."

"We're talking about people who went in to kill people," Maher countered.

After being cut off by both Chafee and Maher, MSNBC host Alex Wagner finally interjected, saying the host brought up two different issues.

"They always protest my shows, and it never ends in a gun battle," Maher noted.

"I don't think it's fair to say that all Muslims are warmongering," she said, before Maher cut her off again.

"I never said that," he replied. "That's what Garry Trudeau was assuming when he said his statement: that we cannot allow these combustible people to be given an excuse to do that."

Cain then accused media outlets like CNN, Fox News and the New York Times of treating Geller and her supporters like women who should not "be surprised if they're raped" because they wear short skirts.

"They have laid this on the victim," he argued. "They have said, 'You were provoking it, don't be surprised if you get shot.'"