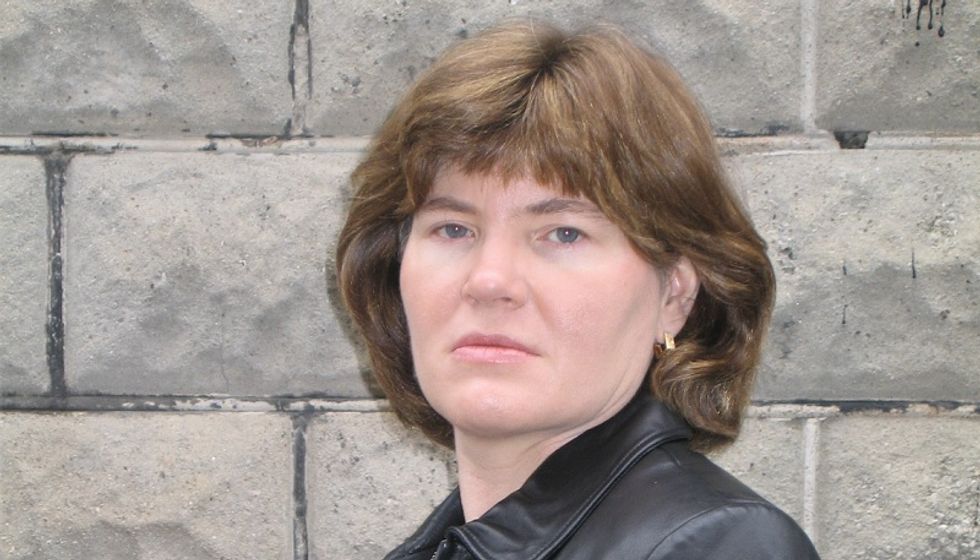 On August 7, 2011, national security blogger R.J. Hillhouse wrote a post that challenged the official White House version of the hunt for Osama Bin Laden. She claimed that Pakistan had sheltered Bin Laden for years with funds from Saudi Arabia, that the U.S was tipped off to Bin Laden's whereabouts by a "walk in" Pakistani intelligence agent looking to cash in on a $25 million reward, and that the US planned to attribute the death of Bin Laden to a drone strike in a place many miles from where he would actually be killed. Hillhouse wrote that the cover story was abandoned after a helicopter crashed during the raid.

[Updated with a response from Seymour Hersh, below.]

This week, journalist Seymour Hersh published a controversial 10,000-word story about the hunt for Bin Laden, published by The London Review of Books, containing many of the same allegations made by Hillhouse. But Hersh makes no mention of Hillhouse or her nearly four year-old article that appeared on her blog devoted to the outsourcing of the war on terror, The Spy Who Billed Me.

On Wednesday, Hersh scoffed at any suggestion that he had lifted Hillhouse's account, telling Democracy Now, "You know, Politico, which does great stuff, has a blog in which they said this sort of wacky stuff. A 10,000 word article that’s plagiarized?"

Hersh, a Pulitzer Prize-winning reporter who broke the My Lai massacre in Vietman and turned the abuse of prisoners at Abu Ghraib into an international story, brushed off critiques of his new story. White House National Security spokesman Ned Price issued a statement saying there were too many “inaccuracies and baseless assertions in this piece to fact-check each one” and White House press secretary Josh Earnest called the article “riddled with inaccuracies and outright falsehoods.” But Hersch described the government’s dismissal of his story this way: “The denials are all sort of non-denials.”

That remark resonated with Hillhouse, who charged that Hersh “is doing what he accuses Obama of doing to his story” – although in this case, it is Hersh ignoring her work.

"His proof that something is not derivative is that it's 10,000 words long is right up there with the dog eating the homework," Hillhouse said.

Hillhouse was a professor of political science at the University of Hawaii. She's also a novelist, and was the CEO of Hawaii Behavioral Health, which developed programs for children with autism. Her blog about national security has been cited in the New York Times and other publications, and she's published articles about intelligence operations in the Washington Post and The Nation. Despite that significant profile, however, Hillhouse is clearly stunned to be written out of Hersh's story.

"It’s nice to see something come out that supports and confirms my work,” she said in an interview with Raw Story. “But it’s a mixed bag in that it was rather shocking to see that there was absolutely no acknowledgment of the prior work. Because there’s no way he could have done research on this topic and not come across my work.

"My background is in academics. When someone takes an existing skeleton then brings it up and presents it as completely new story of their own, that would be greatly frowned upon. There would be some serious issues that your work was really derivative and you’re making it appear that it’s original. In other words, he didn’t break the story and he should have acknowledged it."

What would she say to Hersh if they were to meet on CNN?

"The guy’s a legend, and whether he’s done something that really disgusts me and affected me personally or not, I still respect him and a lot of what he’s done. However, after reading that tonight, I’d want to ask him, ‘How did you not do the research on the Internet to check, perhaps if anyone had linked the Pakistani and the Saudis and Bin Laden? How did you not do research on the Internet for the cover-up? Did you not do your due diligence? How did you know that you had this blockbuster story if you didn’t check to see if someone had already done it?’ That part just doesn’t add it up."

Hillhouse appreciates many aspects of Hersh's story. "He does a beautiful job of fleshing out a lot of little details and the description of the actual raid.," she said, adding, "The actual details of the operation on the ground and the operation itself is something that my sources weren’t privy to, which indicates to me that we’re most likely dealing with different sources."

Besides the White House, numerous media outlets have been questioning those details in Hersh's account. Slate, for example, has published no less than five separate pieces trashing Hersh and his story, criticizing him, for example, for basing his story primarily on one unnamed source.

But as Hillhouse points out, he ends up agreeing with her 2011 story, even though they appeared to use different sources.

The intelligence expert, who lived in Europe for six years and spent time in Central Asia and Africa where she crossed paths with people from many intelligence services, said that the original elements of Hersh's new story don't rival the big ones that were in her account. "The problem is he doesn’t have the big blockbuster story. He’s only got a small story that he’s breaking -- that it was actually a hit, rather than a raid."

Hillhouse is mystified by some of the media attacks -- notably by CNN national security analyst Peter Bergen -- on aspects the story that both she and Hersh have presented. “I’m surprised that so many people say the Saudi backing made no sense. I think it absolutely does. What Bergen seems to miss with the Saudis and the Pakistanis is you’ve got a lot of different currents going on in the politics of these countries, so even if the ruling force here would like to see Bin Laden dead, they know they’ve got other people they’ve got to deal with and they can pay a horrible domestic price, in the case of the Saudis, if they’d taken him out. The family was prominent and popular."

As for critics who wonder why the U.S and Pakistan would need to create such an elaborate cover story instead of simply handing Bin Laden over, Hillhouse said that was out of the question. “Pakistan has a population that was more pro Bin Laden than it was pro American. They couldn’t afford a friendly kumbaya prisoner exchange and be seen as just handing him over. So Bergen seems to be really missing all those political undercurrents,” she said.

After her 2011 post, which got major pick up overseas but very little ink stateside, Hillhouse wrote three more posts for her blog and then went silent.

"I was waved off to not pursue it any further. It had hit a very sensitive nerve and it was not safe for my sources. So at that point I did not pursue it at all. That had never happened to me in all the different stories I’d done -- and I’ve nearly 200 posts on the blog that were all intel-related, including the Washington Post piece claiming wide scale industrial outsourcing of the CIA was endangering national security. Not even that got this kind of reaction. I was signaled to back off, to basically go black. It was made known that it was the wisest choice for all involved."

Hillhouse’s original post does not include many details about her sourcing. Hersh’s recent story, by comparison, is more forthcoming in that regard. Does she think that lack of sourcing diminished the impact of her article and allowed it to be dismissed as a wild-conspiracy theory?

“I really don’t care,” she laughed. “Because frankly, when all the secrets get unsealed in 50 years, that’s the story that’s going to bear out. So I’m really not too concerned.”

UPDATE: Asked via email if he had ever read Hillhouse's intial posts, Hersh delivered a sarcasm-laced response: "Golly you got me...She actually wrote the story in the London Review for me, which of course was dictated to me by the Pakistani intelligence service while i was going off the rails."

In a slightly more serious vein he added: "I probably did not even know what a blog was four years ago...at the least, just barely. No social media skills, or social skills, for that matter, at all."

He continued, "I will remind you that in the 2nd or 3rd graf of the ridiculously long piece i did, I cited Carlotta Gall and a Pakistani scholar who wrote things that suggested there was more to the story. Makes me a pretty muddled plagiarist, I would guess...or one who is pretty amateurish."