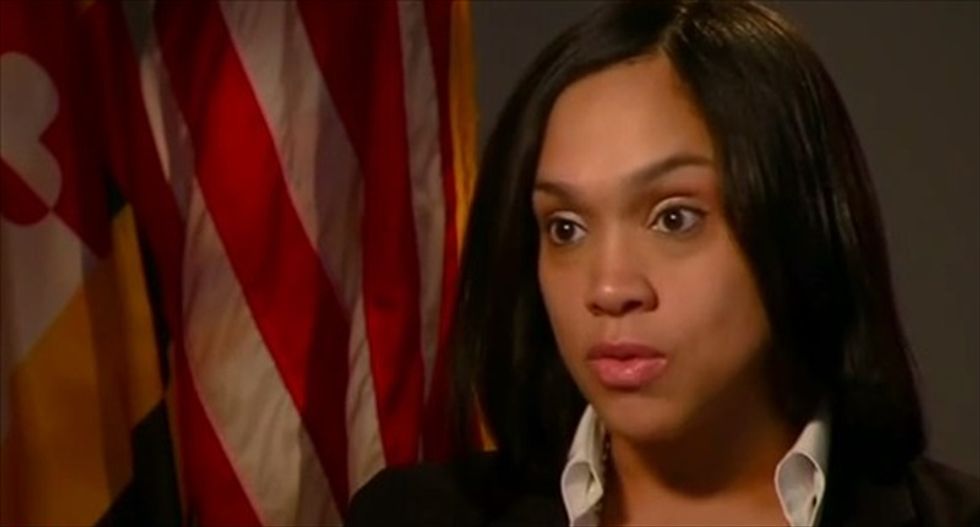 Baltimore State's Attorney Marilyn Mosby announced on Thursday that a grand jury has indicted all six officers involved in the arrest of 25-year-old Freddie Gray earlier this year.

The six officers -- Alicia White, Brian Rice, William Porter, Edward Nero, Garrett Miller, and Caesar Goodson -- face charges including assault, manslaughter and various types of misconduct in office in connection with the death of Gray after he was taken into custody. His death was later determined to be a homicide.

Mosby took no questions following her announcement, but added that the officers will be arraigned on July 2.

This story will be updated

Update, 5:38 p.m. EST: WMAR-TV published a list of the specific charges against each officer.

Rice is charged with involuntary manslaughter; two counts of misconduct in office; and one count each of reckless endangerment and second-degree assault. The Guardian reported earlier this month that Rice has been accused in the past of both threatening to kill his ex-girlfriend and threatening subordinates if they did not arrest her husband.

Porter and White are both charged with involuntary manslaughter; misconduct in office; second-degree assault; and reckless endangerment.

Miller and Nero both face charges of reckless endangerment; second-degree assault; and two counts each of misconduct in office.