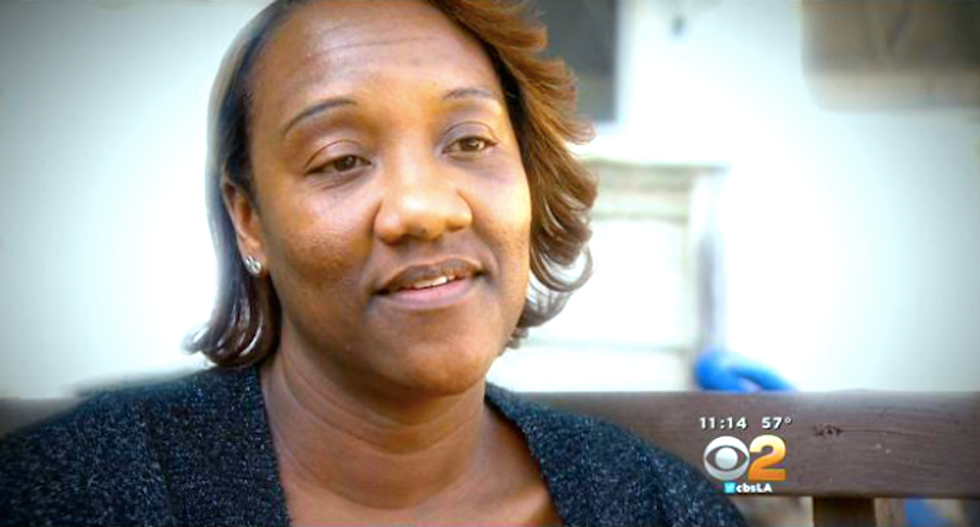 A California teacher got wireless Internet removed from her classroom to accommodate her electromagnetic hypersensitivity – and now she wants it turned off in every classroom in the state.

Anura Lawson said she began feeling sick in 2012 after the Los Angeles Department of Water and Power installed a wireless smart meter on her home, reported KCBS-TV.

Utility officials say the devices are safe, but Lawson said she experienced dizziness, migraines, and heart palpitations – and her 22-year-old daughter claims her “brain was running slower” after the smart meter arrived.

The Lawsons went back to using an analog meter, and they removed cell phones and other wireless devices from their home -- where they use land line telephones and listen to cassettes.

A physician said the likelihood that wi-fi emissions cause illness is small, but he said “the chance is not zero.”

Robert Nagourney, a Long Beach oncologist and a professor at the University of California-Irvine, said wireless devices such as cell phones and wi-fi routers transmit nonionizing radiation -- which he said can carry risk of DNA damage, mutation, and cancer.

“We’re bathed in this type of radiation,” Nagourney said. “Does it cause medical illnesses? Great question, difficult to answer.”

The World Health Organization says electromagnetic hypersensitivity is characterized by a variety of non-specific symptoms that are not part of any recognized syndrome.

A number of studies have attempted to provoke these symptoms under controlled laboratory conditions, but most of those found that subjects could not detect electromagnetic exposure any more accurately than those who do not complain of hypersensitivity.

Experts believe some symptoms may be caused by unrelated environmental factors -- such as flickering fluorescent bulbs, poor ergonomic design in work stations, or air quality – and the WHO advises physicians to focus on treating symptoms rather than eliminating electromagnetic fields in the patient’s home or workplace.

Lawson said her symptoms went away until Johnnie Cochran Middle School, where she teaches eighth-grade English, began using iPads in the classroom last year and set up wi-fi.

The Los Angeles Unified School District’s environmental assessment coordinator said many people were concerned about wi-fi, but he said extensive measurement showed potential exposure to harmful radiation was low throughout every school – even when 30 students were streaming content at the same time.

Lawson petitioned the school board to turn off wireless Internet in her classroom, citing her health concerns.

“I’m the parent of six children,” said Lawson, whose children are homeschooled. “I want to be around to see them grow up. When I am in the wi-fi classroom, I don’t feel good at all.”

In September, the board made her the first public school teacher in the nation to be granted the accommodation.

Now she’s gathering signatures on a petition to remove wi-fi in classrooms throughout California.

“Teaching doesn’t have to involve a device,” Lawson said. “I think that our students unfortunately are the Guinea pigs, and I don’t think that’s right.”