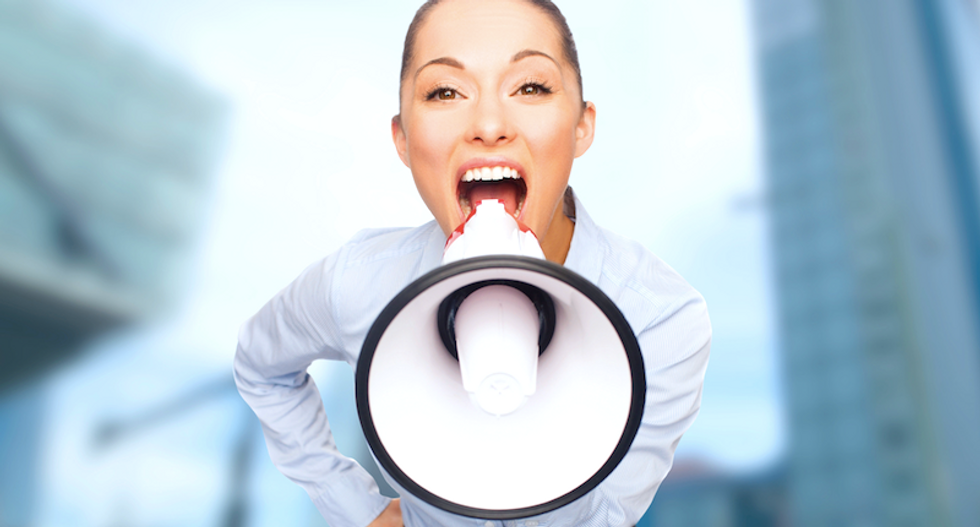 Woman shouting into a megaphone (Shutterstock)

A Detroit prosecutor suggested a violent solution to ending the protests in Baltimore over a black man’s death while in police custody.

Teana Walsh, an assistant prosecutor in Wayne County, posted this week on her Facebook account that demonstrators who committed acts of violence or vandalism should be shot, reported WJBK-TV.

"So I am watching the news in Baltimore and see large swarms of people throwing bricks, etc at police who are fleeing from their assaults,” Walsh posted.

“(Fifteen) in the hospital already,” she continued. “Solution. Simple. Shoot em. Period. End of discussion. I don't care what causes the protestors to turn violent...what the ‘they did it because’ reason is...no way is this acceptable. Flipping disgusting."

The assistant prosecutor made the post at 10:33 p.m. Monday but has since deleted it, but a local attorney who saw the post shared a photo of the remarks.

A spokeswoman for the Wayne County Prosecutor’s Office defended Walsh, saying the law enforcement official is “known for her great work ethic and her compassion for victims of crime and their families.”

“Her post was up on line briefly and she immediately took it down,” said spokeswoman Maria Miller in a statement. “The post was completely out of character for her and certainly does not reflect the person that we know."

Walsh, who has not commented on the post, had apparently deleted her social media account by Friday morning.