George Carlin once to white bourgeois liberals: Stop trying to save the planet 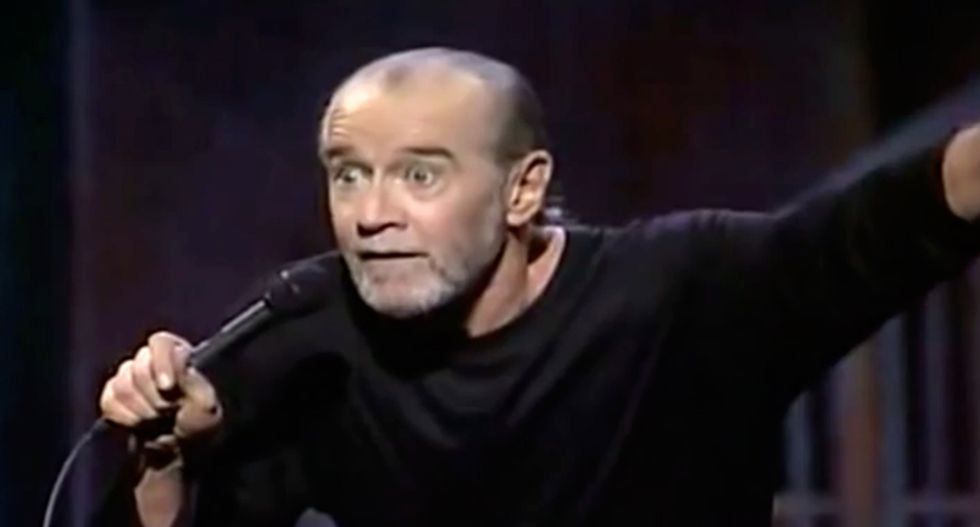 Yesterday was George Carlin's birthday. He would have been 78.

So to honor the late, great comedian—nay, social critic—here is Carlin's brutally funny take on environmentalism:

"We're so self-important. Everybody’s going to save something now. Save the trees, save the bees, save the whales, save those snails. And the greatest arrogance of all: save the planet. Save the planet, we don’t even know how to take care of ourselves yet. I'm tired of this shit. I'm tired of f***ing Earth Day. I'm tired of these self-righteous environmentalists, these white, bourgeois liberals who think the only thing wrong with this country is that there aren’t enough bicycle paths. People trying to make the world safe for Volvos. Besides, environmentalists don’t give a shit about the planet. Not in the abstract they don’t. You know what they’re interested in? A clean place to live. Their own habitat. They’re worried that some day in the future they might be personally inconvenienced. Narrow, unenlightened self-interest doesn’t impress me.

The planet has been through a lot worse than us. Been through earthquakes, volcanoes, plate tectonics, continental drift, solar flares, sun spots, magnetic storms, the magnetic reversal of the poles…hundreds of thousands of years of bombardment by comets and asteroids and meteors, worldwide floods, tidal waves, worldwide fires, erosion, cosmic rays, recurring ice ages. And we think some plastic bags and some aluminum cans are going to make a difference? The planet isn’t going anywhere. WE are!

We’re going away. Pack your shit, folks. We’re going away. And we won’t leave much of a trace, either. Maybe a little Styrofoam…The planet’ll be here and we’ll be long gone. Just another failed mutation. Just another closed-end biological mistake. An evolutionary cul-de-sac. The planet’ll shake us off like a bad case of fleas. The planet will be here for a long, long, LONG time after we’re gone, and it will heal itself, it will cleanse itself, ’cause that’s what it does. It’s a self-correcting system. The air and the water will recover, the earth will be renewed.

And if it’s true that plastic is not degradable, well, the planet will simply incorporate plastic into a new paradigm: the earth plus plastic. The earth doesn’t share our prejudice toward plastic. Plastic came out of the earth. The earth probably sees plastic as just another one of its children. Could be the only reason the earth allowed us to be spawned from it in the first place. It wanted plastic for itself. Didn’t know how to make it. Needed us. Could be the answer to our age-old egocentric philosophical question, 'Why are we here?' Plastic… asshole.”