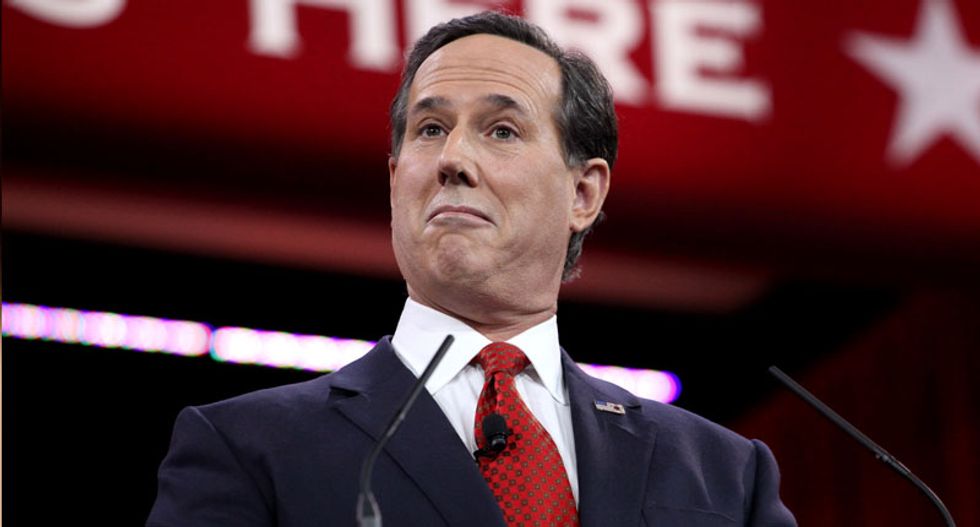 A Harvard professor apologized for suggesting that Rick Santorum had called all black men “sexual predators” – but he still believes the likely Republican presidential candidate is misusing statistics he compiled in a book on families.

During a speech last week to the socially conservative Cornerstone organization, Santorum cited data from political scientist Robert Putnam’s book, “Our Kids,” to argue that the breakdown of families had turned many poor men into “sexual predators.”

Santorum said Putnam’s book showed the majority of out-of-wedlock children are born today to couples who live together but are not married, and he said the researcher found that fewer than 2 percent of those children will ever get married.

“Now these fathers leave the home, and not just father children with that particular women – they father a child with another women, and another and another,” Santorum added. “We have created predators, sexual predators particularly where, again, Putnam (found) – low-income America.”

“I’m a progressive and I think the evidence is that first of all, there has been a collapse in the working family class family, black and white, and that’s bad for kids,” Putnam said.

The scholar said Santorum selectively cited statistics from his book and misattributed other statistics to his research.

However, Putnam “unreservedly” apologized Tuesday to Santorum, saying he had “seriously misquoted” the former U.S. Senator, after a Weekly Standard article labeled his remarks as “slanderous.”