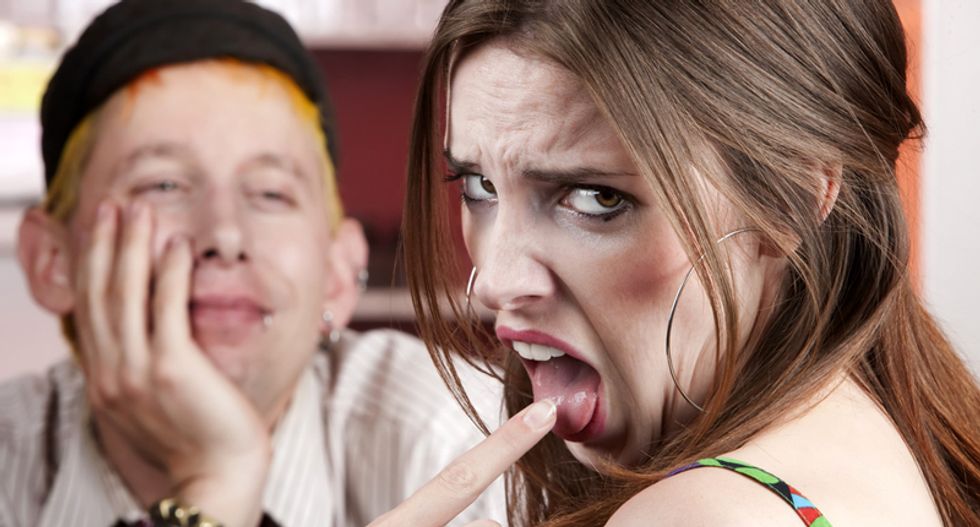 In a few weeks I will write my final restaurant review for Weekly Alibi in Albuquerque and head home to Montana. I’ll miss restaurant criticism, but I will also feel some relief to leave it behind.

When I cook at home, I fuss over my ingredients, and don’t mind paying extra for a more desirable version of the same ingredient. Food production can be back-breaking and underpaid work, so I’m cool with spending good money for good product. In most restaurants you surrender control over your ingredients. You letting the market decide for you, in an economic climate where half of new restaurants fail in the first year and three-quarters are toast by five. In order to avoid joining that statistic, a typical restaurant isn’t going to spend more than it has to on food. A “bad value” alert goes off in my head when a meal made with mediocre raw materials costs more than the one I could have prepared at home with better ingredients.

There are many wonderful exceptions to this observation, such as the farm-to-table restaurants that do amazing things with quality ingredients, and I review the bleep out of these. But the 99 percent of restaurants that don’t use ingredient provenance as a selling point are in my purview as well. This is a good thing, because many ethnic restaurants are in the generally affordable category, and these can be among the most interesting and delicious in any price range.

When I was reviewing a great Vietnamese restaurant recently, I considered ordering the “salted and pepper shrimp,“ but I had just read about how seafood from Thailand is often fished with slave labor. Not wanting to eat shrimp harvested by slaves, I asked if the shrimp were Thai. The server had no idea.

But duty is duty. I had a feeling about those shrimp. And I was right. They were tempura-fried in rice flour batter, caked with a chunky salt crust, dusted with black pepper, and topped with stir-fried green onions and jalapeños. They were juicy and crunchy and dazzling, and I made a note to self to pick up some gulf shrimp and try this at home.

Because the bottom line is, if you’re going to be a high-maintenance food snob on a mediocre income, cooking at home is the only sustainable option. You can pay more for pastured meat; local, organic vegetables; eggs from pastured chickens; pesticide-free produce; and seafood harvested by non-slaves, and still pay less than you would even at a cheap restaurant, while sending positive ripples down the food chain.

I will miss the ethnic restaurants, the fancy restaurants and my favorite guilty pleasure, the sushi restaurants. But I won’t miss the systemic food waste in the restaurant industry.

That Vietnamese restaurant makes a great bowl of pho beef noodle soup. Part of what makes a bowl of pho is the accompanying side salad of basil, cilantro, sprouts, and other fresh herbs and veggies. I use every crunchy sprout and aromatic leaf in my soup, all of which enhance the fragrance, flavor, texture and nourishment in that bowl. This restaurant serves large and beautiful side salads, several of which I sadly watched being cleared away from a nearby table when its occupants had finished their pho. Those fresh, untouched herbs were going into the trash. I wished there was someone in the kitchen rewashing the herbs and sending them back out with the next order of pho, but that of course would be illegal.

“Unfortunately, health codes prevent reserving of anything served to people,” emailed Jonathan Bloom, author of American Wasteland and an expert on food waste. A restaurant will throw out between 4-10 percent of its inventory before it can be served, he said. On top of that there is plate waste, like that uneaten side salad, or untouched bread rolls.

A new software program, Lean Path, helps restaurants reduce food waste. But even that won’t solve the restaurateur’s dilemma in choosing between serving a big pho salad and then throwing away valuable, perfectly good fresh produce, or serving smaller pho salads, saving money and reducing waste. As a critic, I’m supposed to berate the pho houses that serve skimpier, less waste-generating side salads. And the places with the freshest salads generate the most waste of all, as anything remotely past its prime is tossed.

In order to cook every dish on the menu, a restaurant kitchen must keep a long list of items in stock, including many perishable ones. And if some dishes aren’t ordered, ingredients get tossed. This problem is compounded in a restaurant with a large, diverse menu, which has a longer list of ingredients. Some chain restaurants have rules that demand food be tossed if not used immediately—McDonald’s French fries hit the dumpster if they aren’t sold within seven minutes of being cooked.

My job as a restaurant critic isn’t to discuss food waste, or the rights of farm workers, or the ills of sugar, or the environmental devastation and sickening abuse of animals caused by industrial livestock farming. I just need to make sure there is enough green chile on the enchilada. And to my taste, there hardly ever is. When I’m cooking at home, however, lack of green chile is never a problem.

Being a restaurant critic has been an honor, and a lot of fun. But when this gig is up I’ll be focusing on restaurants that offer something I can’t make at home. Unless it’s a special occasion, or I’m on the go, or someone else is paying, I’ll stick to restaurants that can educate and inspire me to raise my game at home.

If I could just make a good enough bowl of pho, I might never leave the house at all, except to buy ingredients for more pho. But as it is, I’m still an apprentice, paying attention to the variations in broth and other details, hoping to figure out how to recreate it in the comfort of my own home, where not a single basil leaf will be wasted. It’s going to take a lot more research to get there.