IBM's Watson supercomputer strives to be jack of all trades 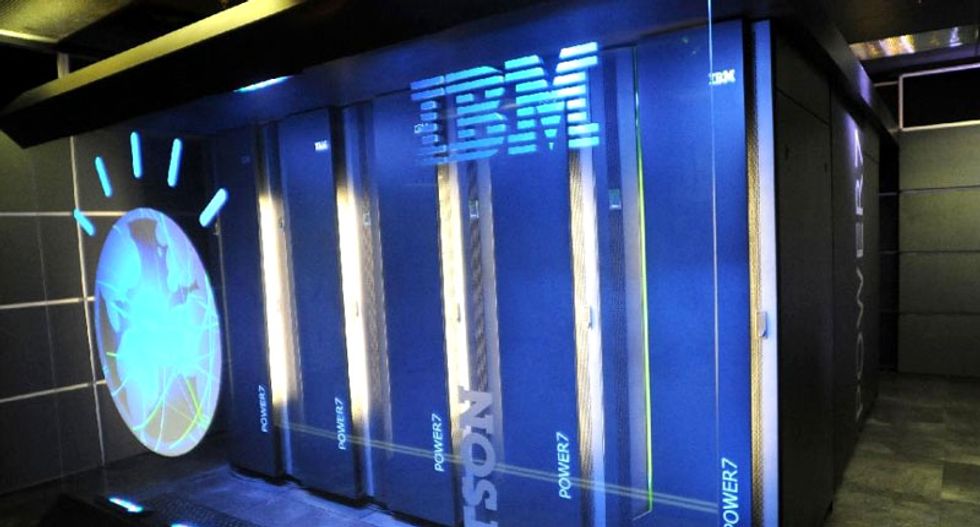 Watson, the IBM supercomputer, is becoming a jack of all trades for the US tech giant (AFP Photo/)

Watson already has won a major TV game show, is looking for a cure for cancer and has ambitious gastronomy ambitions including devising a recipe for chocolate-beef burritos.

The IBM supercomputer is becoming a jack of all trades for the US tech giant -- including in its new role as a business consultant and analyst for various industries by using massive Internet databases.

Watson, which gained fame in 2011 for defeating human opponents on the "Jeopardy" quiz show, has been reaching into its computing power since then for an array of other services.

IBM has developed a Watson Engagement Advisor application to counsel members of the military and their families how to smartly manage shifting to life after the service.

In the oil and gas sector, IBM has worked with the British tech group Arria to integrate Watson's capabilities to help improve management of leaks in refineries.

In health care, IBM in the past week expanded its partnerships in cancer research to 14 US treatment centers to help developed personalized care based on genetics for cases that are difficult to treat.

IBM has worked with health insurers to use big data to improve patient care and has joined with Johnson & Johnson and the medical device maker Medtronic to monitor patients with diabetes and to manage post-operative treatments.

"The applicability of the technology is unlimited, anywhere where large amounts of information exist, the technology can be applied," said Mike Rhodin, senior vice president of IBM's Watson division.

"We are at a point in human history where we generate more data than we can consume."

He was speaking at a New York event to encourage new applications for the supercomputer.

IBM sees so much potential in Watson that it announced plans last year to invest $1 billion in the division, and nearly 20 business sectors have joined the effort.

Watson has teamed with Elemental Path, maker of "smart toys," such as a dinosaur that can tell stories and answer questions from children.

"It has the brain of Watson, the spirit of a dinosaur, and efficient answers... to the most awkward questions," said JP Benini, co-founder of Elemental Path.

Watson is also getting considerable attention in the kitchen. It uses data analytics to blend flavors and come up with new combinations.

"Watson gives us ingredients to make a dish, selected to pair well together," said James Briscione of the Institute of Culinary Education.

Briscione noted that "Chef Watson" uses a flavor pairing theory based on chemical compounds, a creative way to mix computing and cuisine that produced a bacon-mushroom dessert served at the New York event.

For the culinary minded, Watson allows chefs to indicate a particular dish, such as a salad or burrito, and Watson offers new suggestions like the chocolate-beef burrito recipe it has crafted.

The computer has in its memory thousands of recipes from "Bon Appetit" magazine, and it also knows the chemical properties of foods. If Watson suggests marrying strawberries with mushrooms, it's because the two foods share a chemical bond.

"Every dish we put together is a combination of ingredients that nobody has ever seen before," Briscione said.