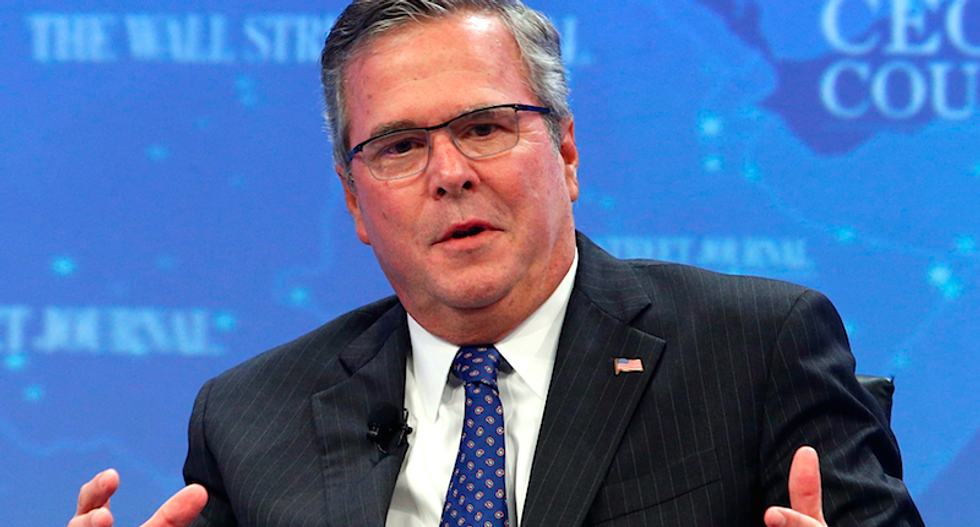 Charles Murray, a scholar at the right-wing American Enterprise Institute, is most known for his book The Bell Curve, which argued that intelligence differences among racial groups explained inequalities in America. It is widely regarded as an attempt to justify racism using pseudo-science.

This week, Murray apparently gained a new fan. At an event with the National Review, Bush explained that his view on the breakup of American families has been informed by the notorious right-wing writer. According to Talking Points Memo:

[National Review editor Rich] Lowry asked Bush, "... is there any policy or anything public officials can do to help turn back what has been a rising tide of family breakdown crossing decades now?"

"Absolutely, there is," Bush, a likely 2016 Republican presidential candidate, said. "It's not exactly     the core. My views on this were shaped a lot on this by Charles Murray's book, except I was reading the book and I was waiting for the last chapter with the really cool solutions — didn't quite get there."

Later in the interview, Lowry asked Bush what he likes to read. Again, he cited Murray.

I like Charles Murray books to be honest with you, which means I'm a total nerd I guess," Bush said.

By endorsing Murray's simple-minded and offensive worldview, Bush seems to be following in the footsteps of his brother. While at Yale, George W. Bush insisted to his classmates, “Poor people are poor because they're lazy.” The idea that the poor are poor because of family problems, or race, is convenient for a family built on generational wealth and privilege.