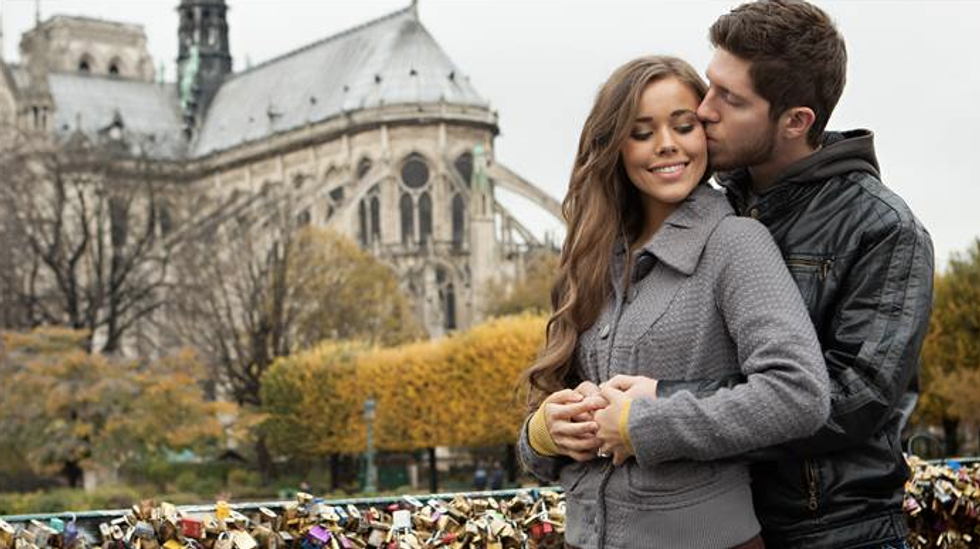 Josh Duggar -- who along with his family starred in the hit TLC reality show "19 Kids and Counting" -- admitted on Thursday to having sexually molested multiple girls, including some of his sisters.

"Since that story was published," Seewald's screed begins, "the internet and media have exploded with stories and blogs many of them lining up to throw stones at Josh and the whole [Duggar] family."

"I would rather not discuss something of this nature on my blog," Seewald continues, "especially since it is dredging up past sins that have been painfully grieved over once already by all involved." Nevertheless, Seewald proceeds to opine on the Duggars' ongoing PR challenges for more than 1,900 additional words.

"I believe that Josh’s parents acted in a way that godly parents should," Seewald writes of the Duggar parents' reaction to learning their son was molesting their daughters. "In their efforts to salvage the wreckage that these transgressions brought, and bring healing to all involved, Jim Bob and Michelle are to be commended."

Authorities investigated Josh Duggar on sexual assault charges years after some of them had taken place. In 2006, an anonymous tipster alerted Oprah Winfrey's television network to Josh Duggar's reported crimes, which prompted Harpo studios to contact police about the allegations. Arkansas police recently released investigative documents to In Touch Weekly in response to a Freedom of Information Act request. Duggar was never prosecuted.

But "are Jim Bob and Michelle to be scolded for raising their children with high moral standards and this moral failing evidence that they are legalistic hypocrites?" Seewald asks rhetorically. "No."

"There are others that see this episode as a result of sheltering and repressing human desires," Seewald says of the Duggar scandal unfolding on the news and social media. "They think that had he access to sex education by Planned Parenthood, been allowed to watch edgy Hollywood films, been encouraged to experimentation with a girlfriend, or gotten free condoms from the local school nurse, then none of this would have happened. Right. The stupidity of some people is mind boggling. Fan the flames of youthful lust and you end up with what we have: unprecedented numbers of unwed mothers, millions of abortions, rampant STDs, and the unraveling of the fabric of our whole society."

"So, what is the ultimate answer?" asks Seewald, before replying. "The answer is what Josh found and millions like him. He found forgiveness and cleansing from Jesus Christ."

"Jesus forgives repentant sinners," Seewald explains. "Real sinners: murderers, thieves, child molesters, homosexuals, self righteous church goers, the proud, liars, scoffers, atheists, hypocrites, and any other sinner or combination of them all. All that is required is to come to Jesus confessing that you are a sinner and with faith that his death will avail for you. He will receive you and begin the process of salvaging your life for his glory."

"I want to say that the Seewald family stands with the Duggar family in solidarity," Seewald affirms. "We stand with the unnamed victims of these incidents. Our thoughts and prayers are for you. I want to say to Josh, hang in there, the shame you feel is legitimate, yet Jesus took your shame as he was punished in your place. Rest in his forgiveness and grace. Remember that he gives you his righteousness as a covering for your shame. Let this trial in your life build humility and grace. Don’t be angry at the world for their hatred of you. Show them through your love for them that it is Jesus Christ that made all the difference in your life. I’m rooting for you."

Toward the end of his missive, Seewald acknowledges victims of sexual abuse. Conceding millions of people experience abuse at some point in their lives, Seewald urges them to speak out and publicly name the perpetrator. "Tell someone you trust, a parent, a teacher, a friend, anyone is better than silence," Seewald writes. "Tell someone so that they will be stopped. If the person you tell doesn’t contact the right people to help, tell someone else. Stay away from the abuser if at all possible, or avoid being alone with them. If the abuser is in your family, you may feel conflicted."

"For those who bear the emotional scars of abuse I empathize with you," Seewald offers as prepares to conclude his blog post. "Healing is possible and many people have found it. Turn to Jesus Christ and find your identity in him. Lean upon him as he cleanses away the guilt and pain."

Michael Seewald blogs on his family's website, seewalds.com. The site's "About" page says, "We are a family of nine trying to live out our Christian faith in the rural mid south near beautiful Hot Springs, Arkansas.

Michael Seewald wrote a blog post last year by the title of, "Jessa Duggar Slammed By Hitler’s Doppelgangers." Seewald complains in the piece that his daughter-in-law received criticism on the Internet for making correlations on Instagram between U.S. abortion policy and the Holocaust.