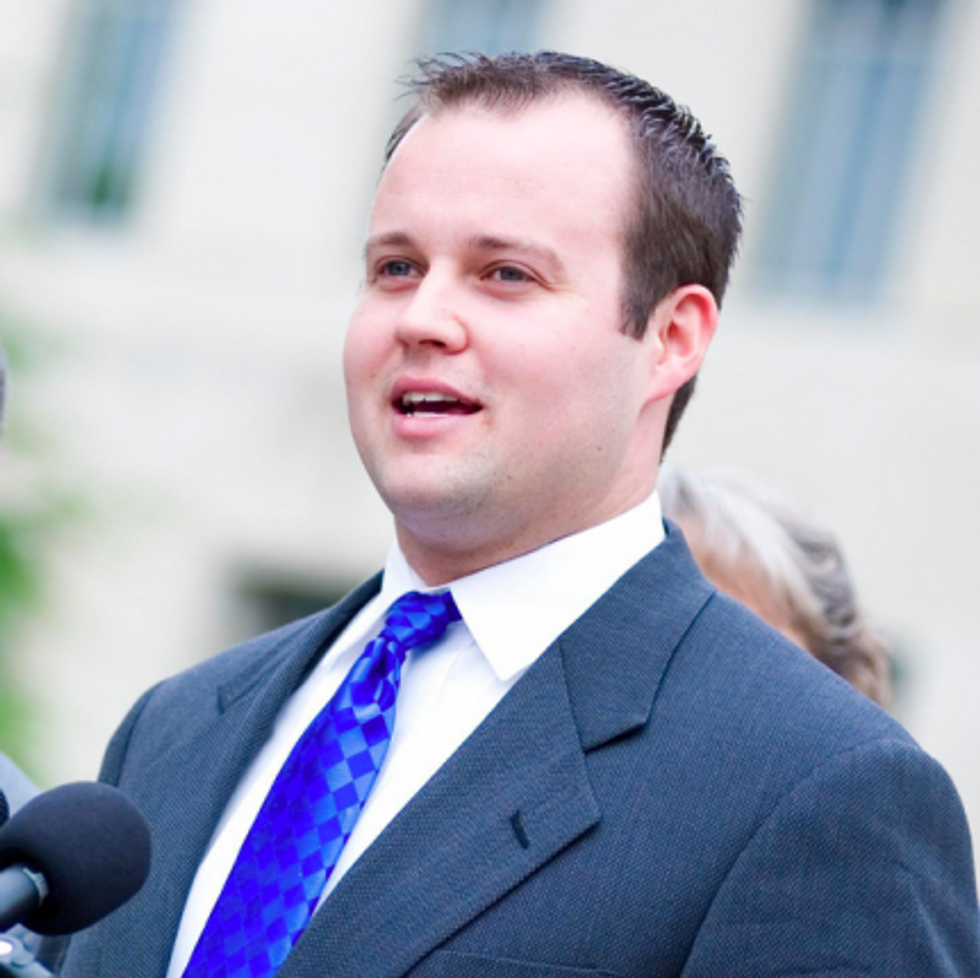 Josh Duggar has apologized after In Touch Weekly revealed on Thursday that he was investigated by police for allegedly touching five girls -- including some of his family members -- on multiple occasions dating back to 2002.

"Twelve years ago, as a young teenager I acted inexcusably for which I am extremely sorry and deeply regret. I hurt others, including my family and close friends," he said in a statement.

In Touch Weekly published investigative documents obtained from the Arkansas’ Springdale Police Department via a Freedom of Information Act request, which revealed the disturbing allegations against Josh. The website had previously reported that Josh was allegedly involved in an underage sex scandal.

Josh Duggar’s family is featured on TLC's hit reality show 19 Kids and Counting. Josh had worked as a lobbyist for the Family Research Council, where he spoke out against same-sex marriage and legislation to prevent discrimination against LGBT people, but has resigned. He has three children with his wife Anna, who is pregnant with their fourth child.

Now 27 years of age, Josh appears to have escaped prosecution thanks to a three-year statute of limitations.

"A technicality prevented any further action," a source told In Touch Weekly. "That’s been the biggest regret in all of this."

According to the police report obtained by In Touch Weekly, Josh's father Jim Bob admitted to authorities that his son had confessed to touching girls inappropriately in 2002. He was about 14-years-old at the time.

"When Josh was a young teenager, he made some very bad mistakes and we were shocked. We had tried to teach him right from wrong. That dark and difficult time caused us to seek God like never before," Jim Bob wrote Thursday in a Facebook post addressing the allegations.

"Even though we would never choose to go through something so terrible, each one of our family members drew closer to God. We pray that as people watch our lives they see that we are not a perfect family. We have challenges and struggles everyday. It is one of the reasons we treasure our faith so much because God’s kindness and goodness and forgiveness are extended to us — even though we are so undeserving," he added.

The family did not initially contact the authorities, and police began investigating in 2006 due to a complaint. The family was scheduled to appear on Oprah, but someone sent an email to Harpo warning that Josh had molested girls and the family had been “hiding this secret for a long time.” Harpo forwarded the email to the Arkansas State Police child abuse hotline.

The Springdale Police Department report says Josh was accused of fondling the “breasts and vaginas” of multiple minors “when they were sleeping” and sometimes when they were awake. Jim Bob said that Josh had been “disciplined” for his actions.

Jim Bob, a former Arkansas state representative and member of the patriarchal Quiverfull movement, met with leaders of his church after the incidents. Together they decided to send Josh to a “program [that] consisted of hard physical work and counseling,” according to the report.

His mother Michelle told police that the program “was not really a training center.” Josh was actually working for a family friend who remodeled homes.

During the 2006 investigation, multiple victims testified to police that Josh Duggar had sexually molested them. The report said some of the underage victims lived with Jim Bob and Michelle, indicating they were his siblings.

Jim Bob Duggar reported to officers that, “several members of their church were aware of the situation and had been supportive of the family.”

Josh said in a statement on Facebook: "I understood that if I continued down this wrong road that I would end up ruining my life. I sought forgiveness from those I had wronged and asked Christ to forgive me and come into my life. I would do anything to go back to those teen years and take different actions. In my life today, I am so very thankful for God’s grace, mercy and redemption."

Read the report, via In Touch Weekly, below: