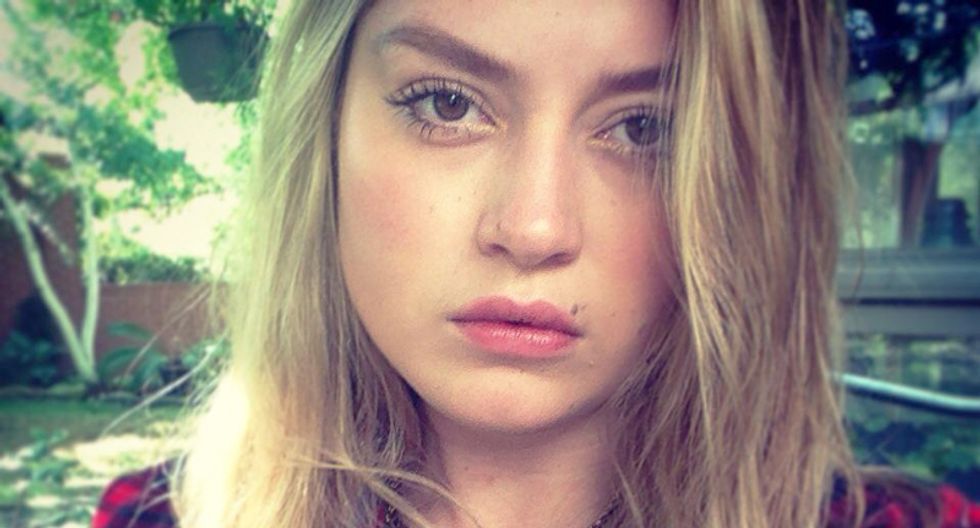 A Kansas waitress, who had already given notice that she was quitting her job, refused a tip from tax-cutting Gov. Sam Brownback (R), noting on his credit card receipt "Tip the schools" instead.

As reported by KSN, Chloe Hough took a picture of the receipt and posted it to her Facebook page under the heading "MIC DROP."

According to Hough, she had already given notice at Boss Hawg’s Barbeque in Topeka when the governor came into the restaurant with his family.

Jumping on Facebook she wrote, “You guys 911 emergency. It’s my last shift and I am waiting on our governor. What should I say to him. This is not a test. Go.”

According to Hough, she wasn't trying to be malicious but she didn't want to waste a once in a lifetime moment.

“I just knew I had to say something, or I would regret it," she said, adding, “It was my last shift at the restaurant, as I had quit, so it worked out nicely.”

Hough said she ran it past other staff members, including her boss who didn't appear thrilled but laughed, before going ahead.

According to Hough -- who said she believes education is the "foundation" of a progressive country --  the governor still gave her a tip, using the customer copy to leave her  10 percent.

Despite his recent re-election, Brownback is unpopular in his state having slashed taxes while cutting services and creating huge budget deficits. The conservative governor recently cut funding for schools in the state in an effort to keep the state solvent, forcing many schools to close early due to a lack of money.

Since posting the photo (seen below) on Facebook it has gone viral. 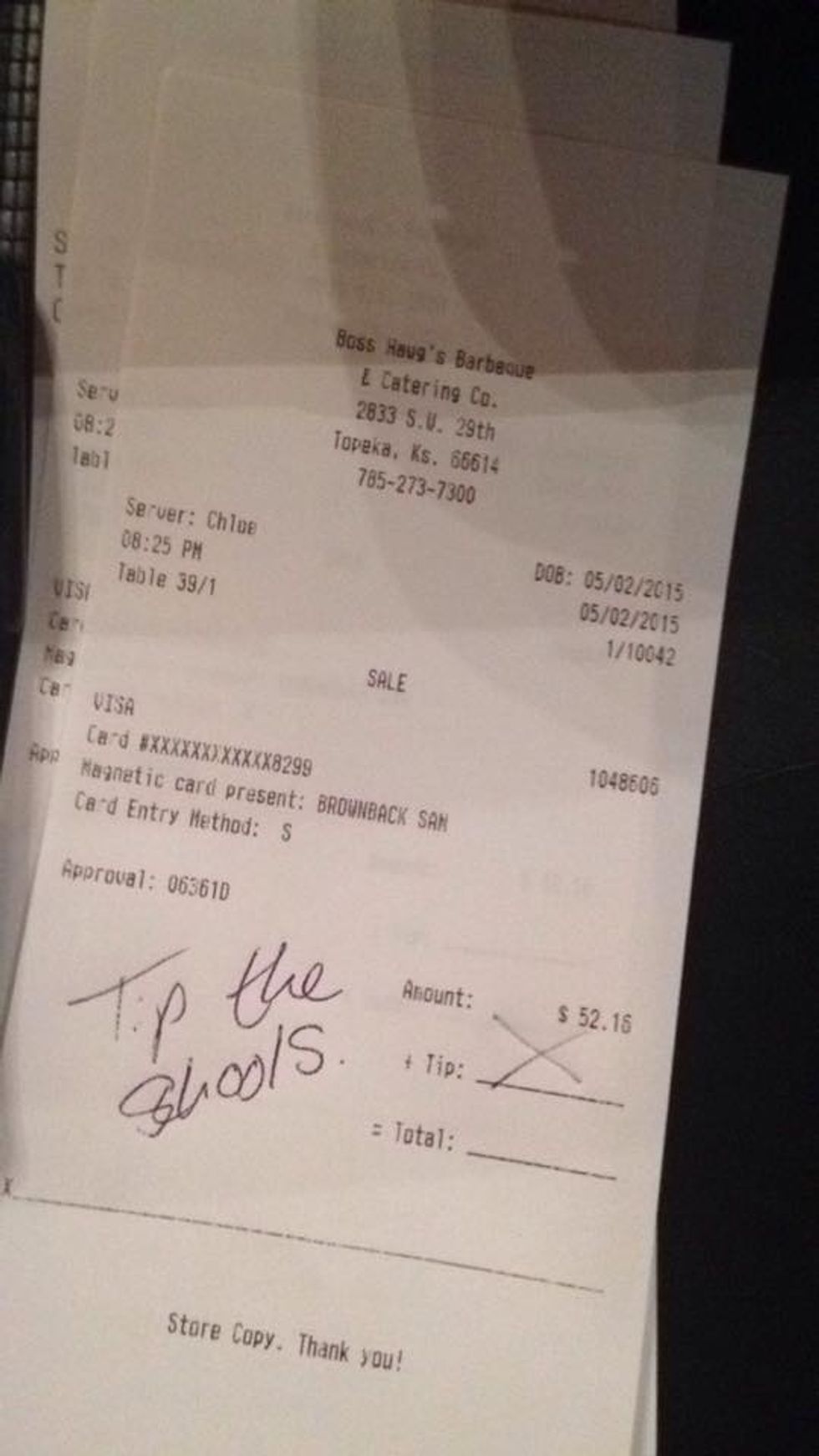 Watch the video below from KSN: