'Mama June' angry about TLC's double standard for Duggars: 'It's OK to have family touch time? Hell no' 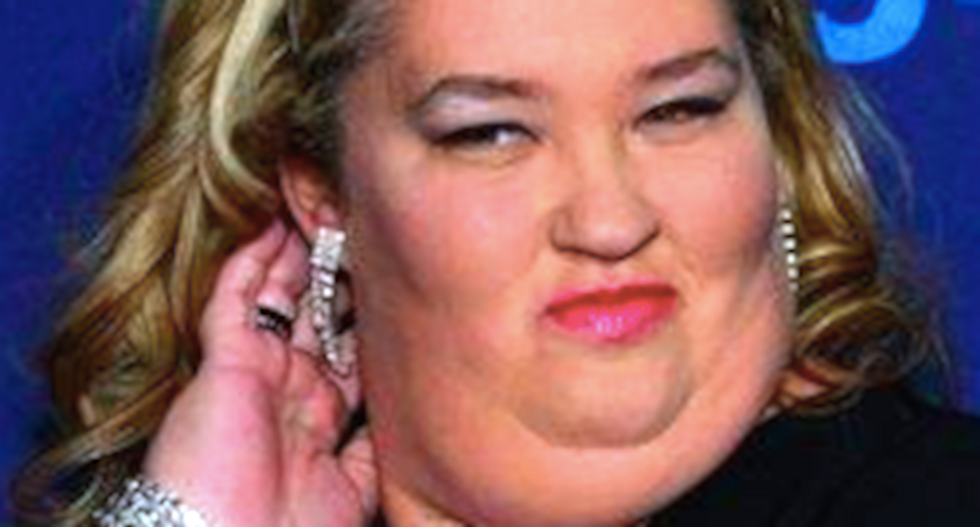 The former star of another TLC reality show is angry about the apparent double standard the Duggar family is enjoying despite revelations that they covered up their son’s molestation of young girls – including his sisters.

“Mama June" Shannon, who appeared in the cable network’s “Here Comes Honey Boo Boo,” said she is considering a lawsuit against TLC – which promptly canceled her popular show in October after she began dating an accused molester.

"I read that the Duggar family said, this happening with their son brought them closer to God and each other,” Shannon said. “So they're saying it's OK to have family touch time? Hell no."

TLC followed through Thursday with its scheduled “19 Kids and Counting Marathon” – although a source told Vox the network replaced some episodes later that night, after the family confirmed the molestation reports, to minimize the eldest son’s airtime.

Shannon said it was “blatantly unfair” that TLC dropped her show when she resumed a romantic relationship with Mark McDaniel, who sexually abused her daughter multiple times when the girl was 8 years old.

She said McDaniel, who served a prison term for the abuse, never appeared on the TLC program – unlike Josh Duggar.

Shannon said she lost hundreds of thousands of dollars due to her show’s cancellation, and she is considering a lawsuit over what she sees as inconsistent and unfair treatment.

The 27-year-old Duggar, who resigned his position Thursday with the anti-LGBT Family Research Council, frequently complains that Christians are targets of discrimination by the government and secularists.

The show has been targeted for cancellation by activists angered by the family’s outspoken opposition to LGBT rights, but patriarch Jim Bob Duggar bragged the network would never cancel its most popular program.