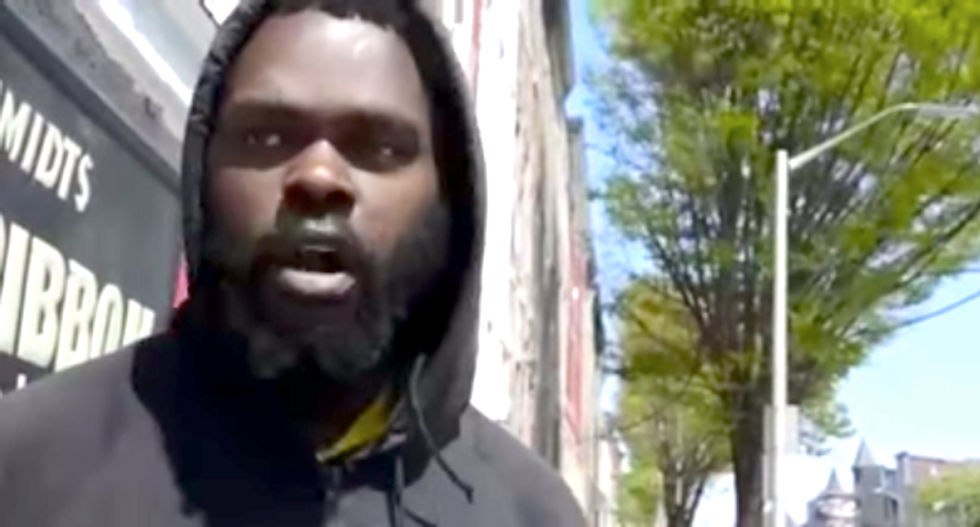 The man who recorded video of Freddie Gray’s arrest was arrested at gunpoint along with two activists, days after complaining of police “harassment and intimidation.”

Moore filmed one of two videos showing police drag Gray screaming into a police van, where the 25-year-old suffered a fatal spine injury.

A woman who also filmed video of the fatal arrest has been reluctant to speak publicly, but Moore has talked with reporters about what he had seen.

He said Tuesday in a Facebook post that police had circulated his photo and announced that he was “wanted for questioning” – which Moore believes was an attempt to intimidate him into silence.

“OK y’all everyone by now know that I spoke up for Freddie and recorded all I could,” Moore posted on social media. “But I would greatly appreciate if y’all could stop posting pics of me plz it’s very uncomfortable knowing that the law is looking for me!! Thank y’all.”

He was riding in a car late Thursday that was stopped for an illegal turn, and Moore said two police helicopters and an armored car were involved in the traffic stop.

He said a police SUV began following their vehicle after he made eye contact with an officer while still wearing a Guy Fawkes mask he had worn at a demonstration.

Moore said he did not have identification, but he said police recognized his name, and he and the two out-of-state activists were placed in handcuffs and taken to jail.

He was released without explanation about two hours later, but the two CopWatch activists – Chad Jackson and Tony White – remain jailed on unspecified charges.

He compared police actions to those taken by New York City police against Ramsey Orta, who recorded officers putting Eric Garner in a chokehold that resulted in the 43-year-old Staten Island man’s death.

Orta was jailed for two months on unrelated drug and weapons charges, and he went on a hunger strike over fears that corrections officers would poison his food in retaliation for the recording.