Megyn Kelly clashes with Bill O'Reilly over Texas anti-Islam event: 'Should we get rid of all Jews?' 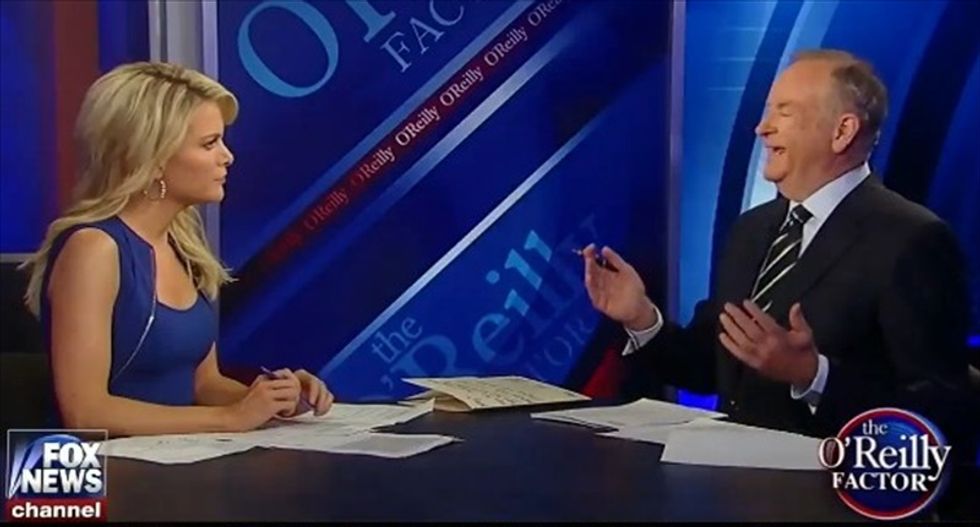 Fox News hosts Bill O'Reilly and Megyn Kelly squared off on Monday while discussing the recent fatal shooting in Garland, Texas, with Kelly accusing O'Reilly at one point of criticizing the anti-Muslim contest leading up to it.

"It's always cause and effect," O'Reilly said, arguing that while he was not sorry that the two gunmen targeting the event were killed, "This is what happens when you light the fuse; you get violence."

"You sound like you are attacking the event itself," Kelly said.

"I would do it another way," he replied. "I agree with your point, that we shouldn't let these people intimidate us."

"You know what else the jihadis don't like? They hate Jews," Kelly replied. "Should we get rid of all Jews? That's the path we're gonna go down if we stop catering to the jihadis."

As Reuters reported, the two attackers were shot and killed after opening fire outside an exhibit displaying caricatures of the Islamic Prophet Mohammad. The religion strictly forbids depiction of the figure.

The event was organized by the American Freedom Defense Initiative (AFDI), which has been labeled as a hate group by the Southern Poverty Law Center.

"They wanted to defy the fear Jihadists have imposed on the world," O'Reilly said of the AFDI and its founder, anti-Islam activist Pamela Geller.

Kelly said that, while she would not "adopt [Geller's] language," that Geller's defense of the event on First Amendment grounds was accurate.

"The most outrageous, offensive, incendiary speech is why the First Amendment was born," she argued. "Speech at the fringes, debate at the edges, things that make people upset."