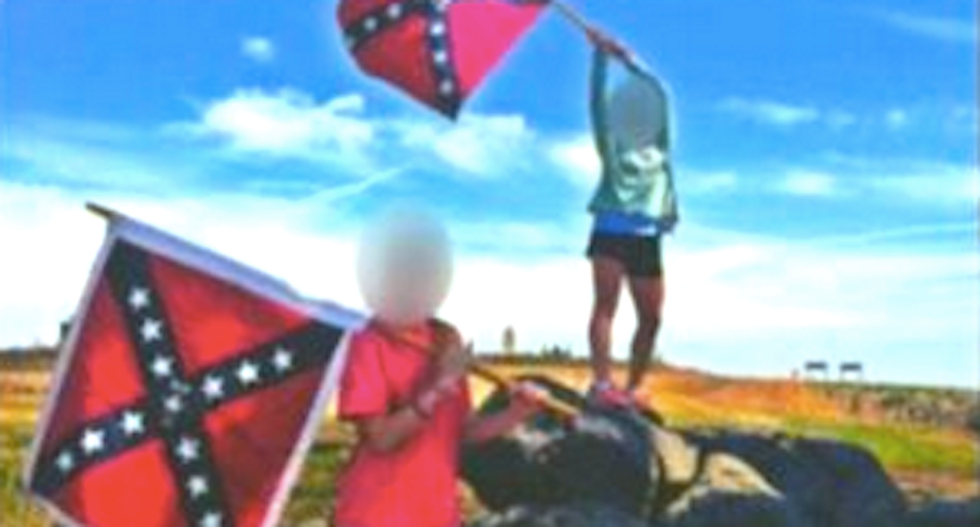 A North Carolina student has apologized for posting a pro-Confederate photo on social media following a class trip to Gettysburg.

"Already bought my first slave,” another teen commented below.

The photo was taken two weeks ago during a school trip to the Civil War battlefield, school officials confirmed.

School officials say they have taken action but declined to offer specifics.

Some parents said the school took no action to reprimand the students who posted the photo or made the joke about buying slaves, and they want to see “firm and significant action.”

“If we do not, racism and ignorance will show up in our schools again and again,” said Eugene Farrar, former president of the Chapel Hill-Carrboro NAACP. “The Confederate flag is a symbol heavy with the torture, abuse, and blood of enslaved people whose labor literally built our country. We will not tolerate this kind of behavior in the school district nor in the community.”

The school district superintendent urged teachers to blend discussions of race and discrimination into their curriculum.

"We must be sure our students understand how race impacts our lives, and how that impact can, and should be, both significant and positive,” said Superintendent Thomas Forcella. “The future of our community, state and nation depends on it.”