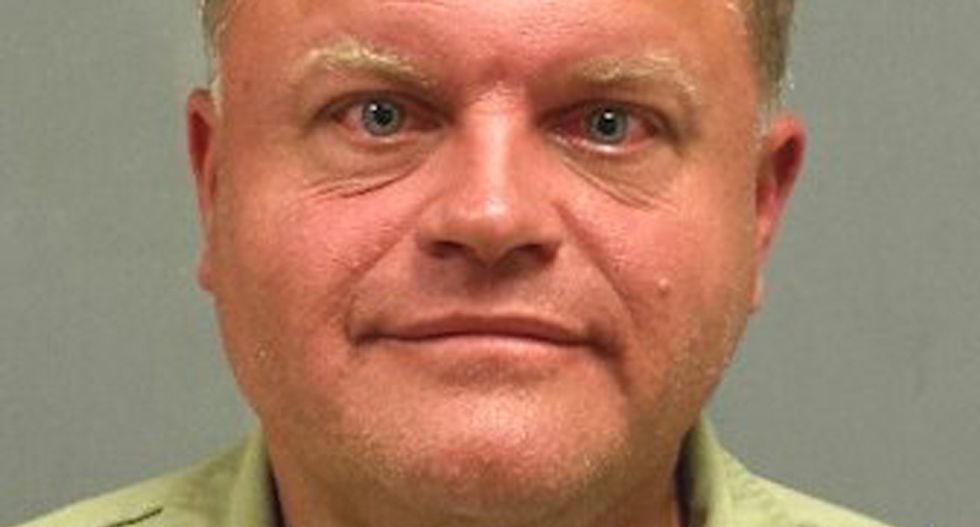 A Tennessee pastor who was recently admonished by police for having sex with another man in a church van parked in a parking lot, was arrested this week for embezzling an estimated $60,000 from his church's coffers.

Boyd Watson Holder Jr. 44, was taken into custody after church officials reported that between $70,000 and $100,000 had been discovered missing from the Victory Apostolic Church bank account in Kingsport, reports the TimesNews.

It has been a rough six months for Holder, who was discovered by police last December having sex with another man in a church van in an empty parking lot. Holder reportedly apologized to the officers and was told to not "have relations in public" again before being ordered off the property.

In February church officials alerted police that money was missing from a church bank account that only Holder had access to.

When asked about the missing money, Holder told church members, "It's none of your business."

An analysis of bank financial records was submitted to a grand jury which handed down an indictment of theft and money laundering, both Class B felonies.

According to witnesses who appeared before the grand jury, money appears to have been spent on dating sites Online Buddies and Farmers Only, as well as for auto repairs.

Holder was taken into custody by Kingsport detectives, with bail set at $35,000.

Thousands of members of the Trump cult waited outside for hours in the summer heat of Phoenix on Saturday, before gaining entrance to a Turning Point USA event where their personal god and savior appeared as part of his 2021 revenge tour. It was a political rally, a gospel revival, a rock concert, a carnival and a family reunion all in one.

As a show of loyalty to the Trump death cult, most of the attendees refused to wear masks to protect themselves and others from the coronavirus pandemic and its new, even more contagious delta variant. The Trumpists even went so far as to heckle the news media with chants of "No masks!"