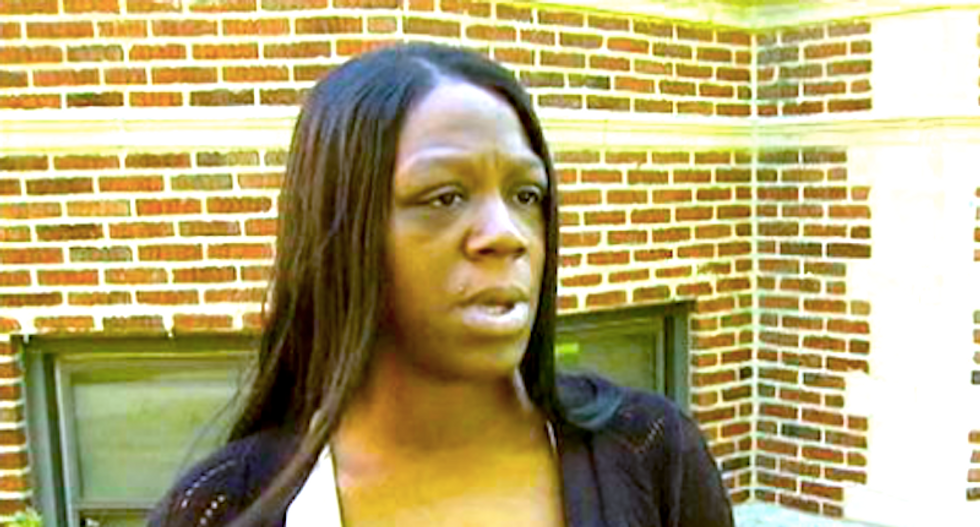 A pregnant woman claims a Chicago police officer punched her in the stomach and went on a racist tirade after she laughed at him.

Nicola Robinson said she was standing outside with some neighbors Friday evening when three officers ran past in pursuit of a suspected drug dealer, and she said they all laughed when the suspect got away, reported WFLD-TV.

Robinson, who is eight months pregnant, said the plainclothes officer shoved her while she was holding her 1-year-old son and then punched her.

“As I got ready to walk in my building, he punched me on my right side as hard as he can,” she said.

Then the officer launched into a racist rant, the woman said.

“After he punched me, he presumed to say, 'You black b*tch, you better be glad I didn't hit you hard enough to make you lose your f*cking baby,” Robinson said.

Her sister witnessed the attack and the racist tirade – which she said shocked the other officers.

“The other two officers who (were) with him were standing there, and they're looking like, ‘What are you doing?’ -- but I guess they didn't want to say anything,” said Monique Dickerson.

Robinson said the officer quickly changed his tune when she pointed out that nearby apartment buildings are equipped with security cameras.

“Then that's when the attitude about him started changing, and he got real quiet,” Robinson said. “You could tell in his face that he knew that, 'Man I have f*cked -- I have messed up.”

Robinson said a building manager told her surveillance video clearly shows the officer punch her – sending her into premature labor – but the management company did not respond to media requests for comment.

The pregnant woman spent five hours at an area hospital under observation before doctors cleared her to return home.

Chicago police have launched an internal affairs investigation into the incident, calling the allegations “very disturbing.”

The officer, who has not been identified, could face disciplinary action before the investigation is complete.