Reza Aslan: It's not God's fault if you use religion to justify hate -- you're just a bigot 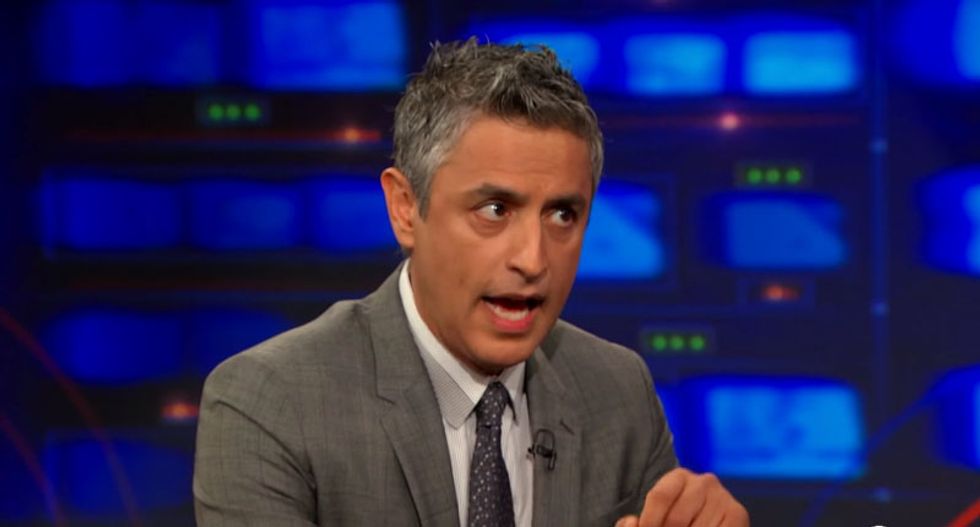 People don't learn their values from religious teachings, according to Reza Aslan. During an appearance Wednesday night on The Daily Show, the religious scholar argued the situation was reversed -- people infused scripture with their own personal values.

"Part of the problem is that there is this misconception that people derive their values from their scriptures," Aslan added. "The truth is it is more often the case that people insert their values into their scriptures. I mean, otherwise, every Christian who read the Bible would read it exactly the same way. In this country, not 200 years ago, both slave owners and abolitionists not only used the same Bible to justify their viewpoints, they used the same verses to do so. That's the thing about scripture, it's power comes from its malleability. You can read it in any way you want to."

"What if you're a Jew who loves a bacon egg sandwich?" host Jon Stewart interjected.

"I would recommend the Book of Mormon," Aslan jokingly replied. "The point is that without interpretation scripture is just words on a page, it requires somebody to read it, to encounter it for it to have any kind of meaning, and obviously in that transaction you are bringing yourself, your views, your politics, your social ideas into the text. How you read scripture has everything to do with who you are. God did not make you a bigot, you're just a bigot."

In the extended portion of the interview uploaded online, Aslan said trying to completely divorce religion from violence was also wrong.