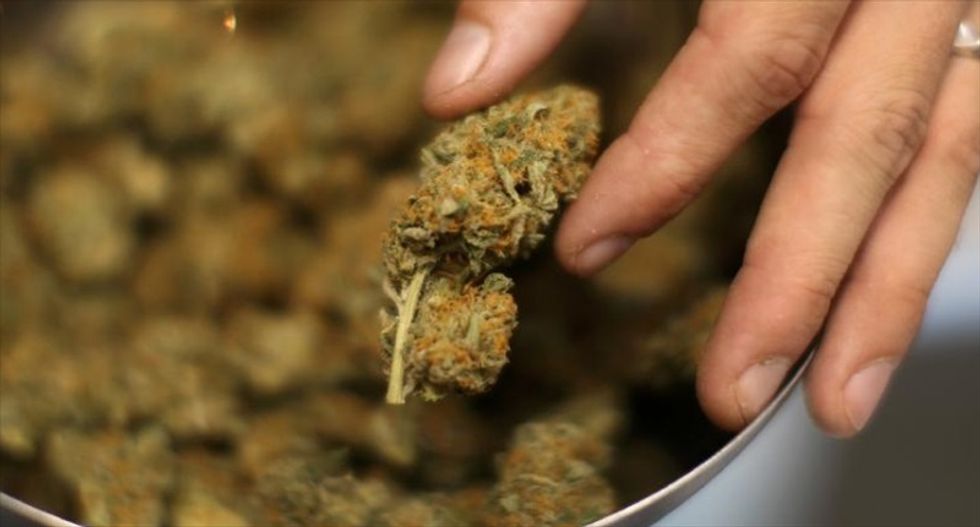 Ride-sharing service Sidecar on Tuesday added medical marijuana to the list of goods it will promptly deliver to customers in San Francisco.

"Now, you can order medical marijuana and a Sidecar will deliver it to your door," the San Francisco-based startup whose list of backers includes British tycoon Sir Richard Branson said in a blog post.

Early this year, Sidecar began delivering flowers, groceries, hot food and other items in its hometown as it began expanding the same-day service to other US cities.

At the time, Sidecar co-founder Sunil Paul said that he expected same-day delivery services to represent half the company's business by the end of this year.

"Our vision is that one day any business will be able to take an order and get it to the customer in an hour, and Sidecar will be the service that powers this capability," Paul said.

Half of Sidecar trips in San Francisco now involve deliveries, according to the company.

Sidecar teamed with Meadow, which runs a website where people can order medical marijuana from licensed dispensaries.

Orders are secured in lock boxes for trips, and drivers are card-holding medical marijuana patients who are also members of local collectives shipping the pot, according to Sidecar.

Deliveries are promised within an hour of ordering.

"The delivery of medical marijuana, with its layers of complexity, is the perfect use case to highlight the power of our delivery service," Sidecar said.

"We are capable of handling the same-day delivery of anything, if it's legal and fits in a car."

Sidecar charges for "on-demand" deliveries start at $5 and climb with distance and during commute or late night hours, but come with fees waived if items don't arrive on time.

Paul has maintained that moving people along with packages enables Sidecar to charge bargain delivery prices while getting items quickly to destinations.