Sen. Bernie Sanders blasts the Kochs and their influence: 'Billionaires are not gonna support me' 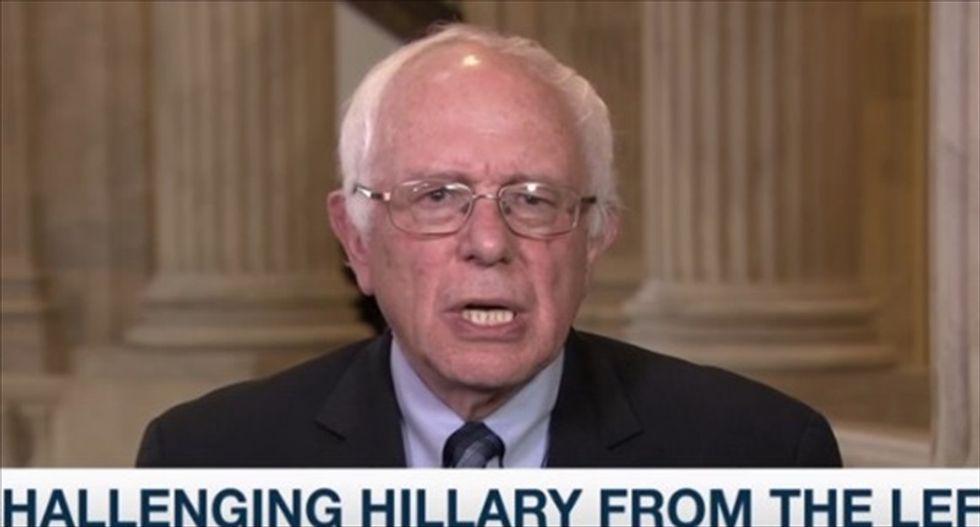 Vermont Sen. Bernie Sanders conceded on Tuesday that he would not enjoy the support of the "1 percent" in his burgeoning presidential campaign, chalking it up to a campaign finance system that has gone off the rails.

"As a result of this disastrous Supreme Court decision on Citizens United, the Koch brothers and other billionaire families are buying elections," he told MSNBC host Chris Matthews. "We are seeing the undermining of American democracy. All I can say is, I'm not gonna have a super PAC. Billionaires are not gonna support me."

However, the senator said, more than 50,000 supporters have donated an average of $43 apiece to his campaign for the Democratic presidential nomination. Vermont Public Radio reported on Monday that his campaign has already received more than $2 million in donations overall, with a goal to raise between $40 and $50 million dollars by January 2016.

"We're not gonna outspend our opponents, but can we raise the kind of money we need to run a strong campaign on small donations? I think we can," said Sanders, who is registered as an independent.

Sanders also agreed with Matthews' assessment that the "hawkish" nature of many current lawmakers can also be traced back to economic influence on politics, citing former President Dwight D. Eisenhower's warning regarding the military-industrial complex.

"You've got a lot of Republicans, and it scares me to death, who apparently feel good about perpetual warfare in the Middle East," the senator said. Who are trying to sabotage what the president is trying to do in terms of preventing Iran from getting a nuclear weapon. I think it speaks to the power of the military-industrial complex."

According to Matthews, the the Democratic Party has announced that it intends to hold six primary debates. Sanders wasted no time voicing his eagerness to take part.

"To my mind, there is a lot to be debated," Sanders said. "And I look foward to respectful intelligent debates with Hillary Clinton and any other candidate who is out there."