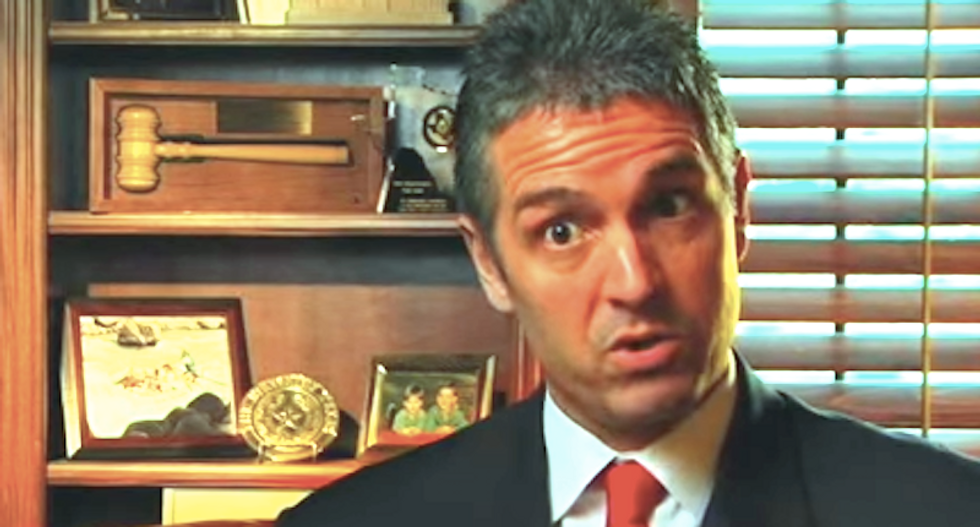 A Republican former lawmaker sent a scathing attack to Gov. Greg Abbott for bowing to extremist fears of a military takeover during training exercises this summer for elite troops.

Abbott, a Republican, ordered the commander of the volunteer State Guard to monitor Jade Helm 15 military training exercises, which have sparked wild conspiracy theories about martial law, foreign invasion, or the mass detainment of conservative citizens.

Todd Smith, a Euless attorney and 16-year veteran of the state legislature, said he spent a sleepless night worrying about the governor’s order before firing off an angry letter to him, reported The Dallas Morning News.

“Pandering to idiots who believe that U.S. Navy SEALs and other U.S. military personnel are somehow a threat to be watched has left me livid,” Smith said in the letter.

Smith admonished Abbott, a former judge, for taking action on the Jade Helm 15 concerns without any evidence to suggest the conspiracy theories are based on reality.

The White House and the Utah governor's office have also commented on the Jade Helm 15 hysteria.

“I am appalled that you would give credence to the nonsense mouthed by those who instead make decisions based on Internet or radio shock jock driven hysteria,” he said.

Smith, who retired from public office in 2013, made news five years ago when he blasted "stupid" Republican women pressuring him not to compromise on a controversial voter ID bill.

The former lawmaker lamented that no one would challenge conservative extremists – such as “nut job” advisors to Texas Lt. Gov. Dan Patrick who described Abbott’s pre-kindergarten initiative as “godless” indoctrination.

“This bone that you have thrown to those who believe the U.S. Military is a threat to the State of Texas is an embarrassing distance beyond the pale,” Smith said. “You are Governor of Texas! This is an open request – from a ghost of our State’s recent Republican past – that you act like it. Enough is enough.”