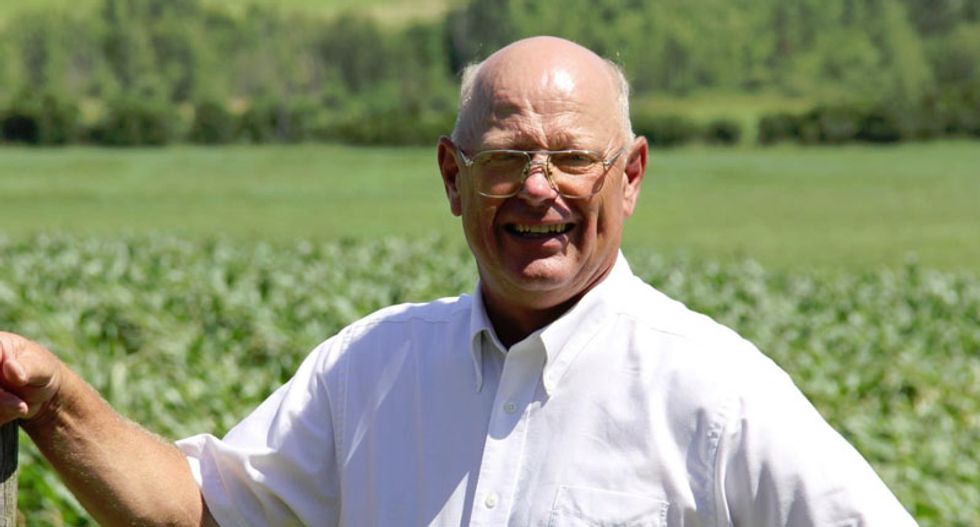 Vermont state legislator Norman McAllister has plead not guilty to three felony counts of sexual assault, and three misdemeanor counts of soliciting sex workers. The case against McAllister involves multiple victims, including at least one child. But the Republican state senator maintains that -- not only is he not resigning -- he has not done a single thing wrong.

The allegations against McAllister include that he exchanged sexual favors with two tenants in return for covering their rent and that he sexually assaulted a third woman. At least one of McAllister's alleged victims was under the age of 18 during the time of the reported assault.

Now 20, a former McAllister staffer tells Vermont's Seven Days that the sitting state senator "first assaulted her when she was 15 or 16 years old and employed on his Franklin goat farm. The attacks continued over the years, the woman said, as she worked as his house cleaner, on his reelection campaign and as his 'assistant' at the Statehouse earlier this year."

When detectives arrested McAllister outside of the statehouse on Thursday, the lawmaker told them, "I don't think I've done anything wrong."

Awaiting trial, McAllister tells the Burlington Free Press he intends to keep his seat in the Vermont legislature. "I haven't decided what I'm going to do at all," the lawmaker tells reporters, "so that's it."

In response to the charges against McAllister, the Department of Agriculture formally rescinded a pending grant of $20,000 for vegetable production in an area of Vermont the senator represents.