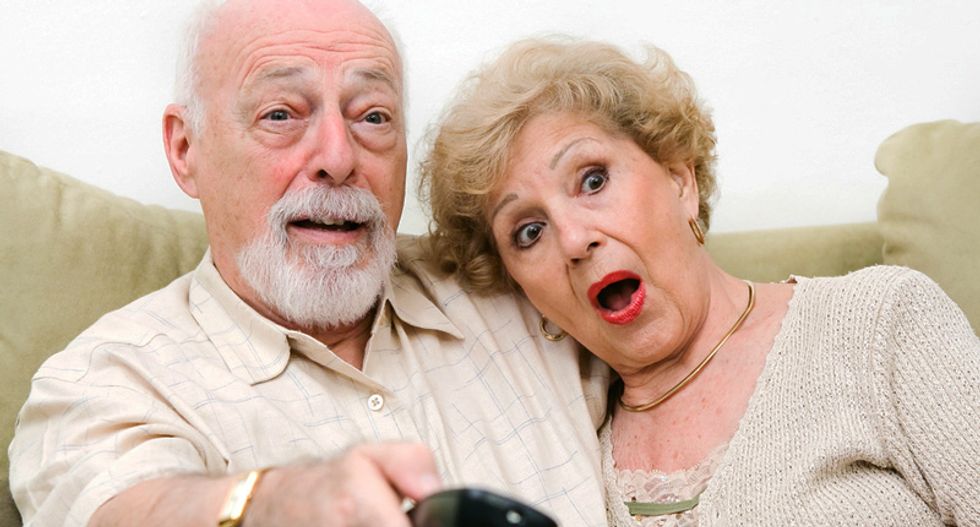 While television shows come and go -- before heading to Netflix -- complaints about the content on the shows lasts forever in the files of the Federal Communications Commission.

In some cases -- Janet Jackson's "wardrobe malfunction" during halftime at the 2004 Super Bowl which resulted in a fine, later overturned by the Supreme Court -- the regulatory commission tasked with policing the airwaves comes down on the networks, but in other cases complaints are politely filed away and forgotten.

Public records aggregator Muckrock recently filed a Freedom of Information Act request with the FCC for complaints relating to NBC's now-cancelled 30 Rock and were rewarded with a treasure trove of grievances small and large, mostly concerned with sexual content.

In a file dating from 2014, one complainant in Denver took great offense to a reference to "soaking your tampon in vodka."

"During this program one character says to another '...have you been soaking your tampon in vodka?' I consider this obscene & indecent and I am asking the FCC to fine KTVD and MyTv., the disturbed viewer wrote. "Also at the end of the program they showed a woman kissing a man dressed as a woman."

Multiple viewers took the show to task for showing a character indulging in auto-erotic "exphixiation[sic]," writing "I think that is very disturbing and very inappropriate.  How in the world do the sensors [sic] allow this crap on the air? Are there any rules anymore?  Or is it a free for all like Family Guy?"

Other complaints were much more mundane: claims that commercials were much louder than the shows, or poor closed-captioning.

However one person from Hilton Head Island drew attention to a scene in a 30 Rock episode featuring co-star Tracy Morgan, simply writing, "Actor went to barrow [sic] a cup of sugar and said it was to put it on the end of his penis to see if a humming bird will eat it."

There was no evidence given that the FCC sanctioned the network for the hummingbird/penis scene.