WATCH: Leaked video shows North Carolina cop shooting black suspect in the back as he ran away 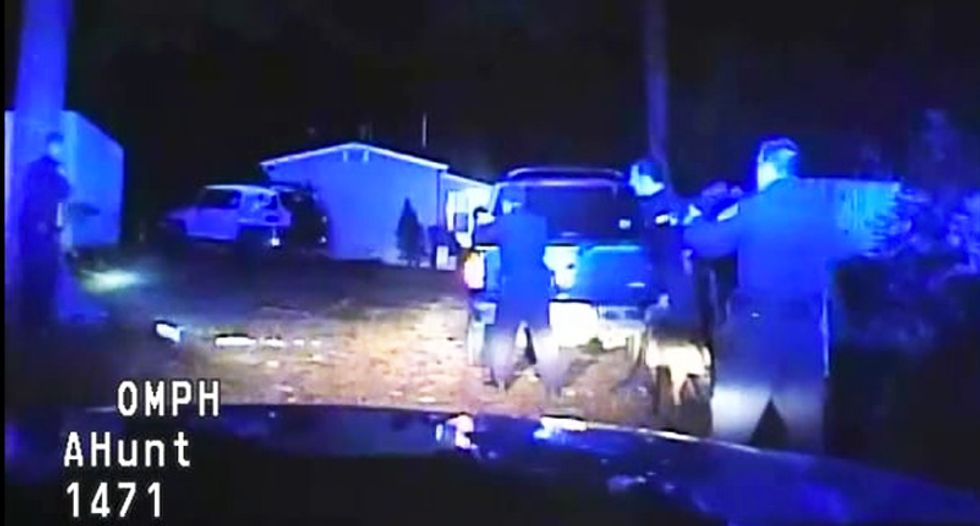 A leaked dashcam video showing a North Carolina police officer shooting a fleeing black suspect in the back has created new questions over the man's death in 2013, reports The Intercept.

22-year-old Nijza Lamar Hagans was shot and killed by Officer Aaron Hunt, during a traffic stop after the Hagans reportedly ran a red light.

According to Cumberland County District Attorney Billy West, Hunt saw Hagans reach for a gun in his pocket as he opened his car door causing Hunt to fire his service weapon three times at Hagans. The dashcam video shows Hunt then fired his weapon twice more at Hagans as he attempted to run away before collapsing on the ground.

Following an investigation by West, the prosecutor declined to press charges against Hunt, calling the shooting "lawful and measured."

However the video --leaked by an anonymous source to The Intercept-- was not mentioned in the prosecutor's investigation, nor did his findings include information that suggests that Hagans died as a result of the bullets that entered him through his back

According to the medical examiner’s finding, the fatal bullets pierced Hagans’ lungs, with one of them rupturing his aorta.

In West's report, the prosecutor simply described the cause of death as “multiple gunshot wounds to the chest.”

The Intercept reports that West has declined to comment on the omissions in his report and that the Fayetteville Police Department has also refused to comment citing pending litigation.

The fatal shooting is now part of a federal lawsuit filed by Hagans' father.

Watch the leaked video below, uploaded to Vimeo by The Intercept: