Whiny Libertarian dude-bros are terrified of 'vagina voters' -- here's why 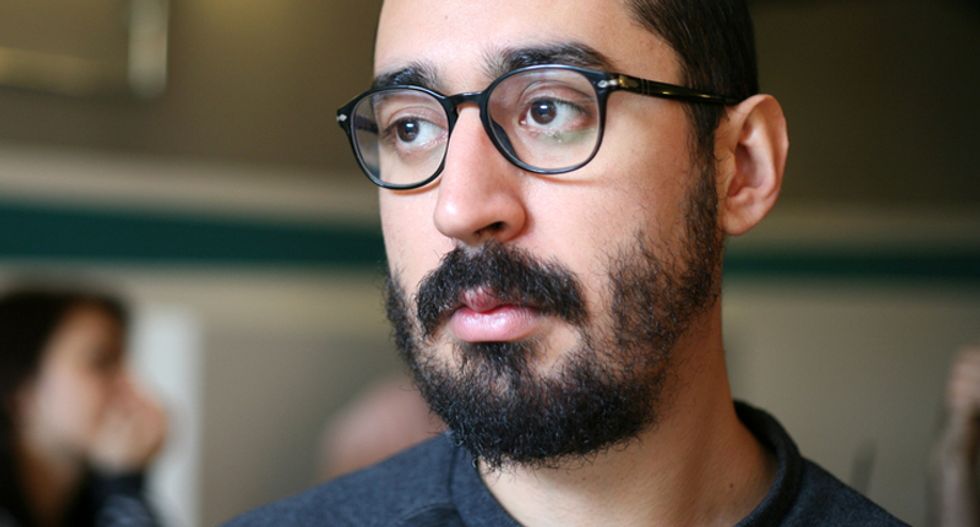 From polls, libertarians are known to be a fairly homogenous group that skews white, male, young, affluent (i.e. college-educated), and has a reputation for not being particularly gender-inclusive. Far more identify with the Republican party (43 percent) than the Democratic party (5 percent). Is it surprising that they get anxious on the subject of people with vaginas who vote for liberal/progressive candidates?

The latest freak-out comes from libertarian blogger-controversialist Brendan O’Neill, who warns in Reason magazine that “women voting for Hillary because she’s a woman are setting back feminism a hundred years,” hyperventilating that such nefarious activity “confirm[s] the descent of feminism into the cesspool of identity politics.” (In the past, Mr. O’Neill has expressed his concern for feminism by comparing it to radical Islam and opining that “stupid men, drunken men, thoughtless men and idiotic men” should not be considered rapists if they have sex with non-consenting women; clearly in his view, being a libertarian feminist would be akin to being a theological atheist.)

O’Neill warns ominously of a tsunami of so-called “vagina voters” on the basis of a single blog by Kate Harding who justifies her own vote for Hillary Clinton over Barack Obama in 2008 by pointing to Clinton’s superior experience and the fact that she is female. Harding explains that she felt it unfair she was expected to disregard the candidate’s gender in her selection, “just as those who were excited to vote for an African-American person in the primaries were supposed to pretend they never noticed the color of the candidates’ skin.” Harding acknowledges that while she would prefer Bernie Sanders in 2016, she would ultimately vote for Hillary Clinton against a Republican because she found the Democratic party “less odious” than the other, and she figured that since we’ve had 220 years of white, male presidents, it might be a good thing to have a president who understood the experience of half the population. Shocking!

As Harding put it, we have “the first fucking woman who can win…running for president, and she is at least nominally a liberal! Can we not allow ourselves to get excited about just that?”

Certainly not all women are excited about that; some sense that Hillary Clinton is not the person to challenge the largely unimpeded advance of the oligarchy, vagina or not. But to imagine that many women — and men, for that matter — should not feel that the election of a female president would be a positive sign of political inclusion is both disingenuous and stupid. The cries of vagina voting, of course, also raise the question of whether the nearly 40 percent of men polled who say they would vote for Clinton in 2016 are somehow voting against their penises. Or whether women who vote libertarian are anti-vagina.

Perhaps the vagina voter freak-out is only meant to distract us from that fact that many conservatives and libertarians have a great deal of trouble with women in general and females daring to assert themselves in positions of power in particular. Such a figure is libertarian presidential candidate Rand Paul, often hard-pressed to keep his woman-anxiety in check, whether he is making dismissive, sexist remarks to female television personalities, mocking Hillary Clinton with a Valentine’s Day tweet directing readers to a Pinterest page imagining a White House redecorated with pink hearts and girly furniture, or suggesting that low-income, unmarried women should just stop having kids if they don’t want to be poor.

This last bit is especially hypocritical, considering that Rand Paul has described himself as “100 percent pro-life” and introduced the Life at Conception Act  in 2013, which “declares that the right to life guaranteed by the Constitution is vested in each human being beginning at the moment of fertilization, cloning, or other moment at which an individual comes into being.” In this assertion, he follows in the footsteps of his rabidly anti-choice father, Ron Paul, who once described abortion as the “ultimate State tyranny” and compared federal support of the right of a woman to terminate a pregnancy to Hitler’s gassing of Jews. Ron Paul is known for pronouncing that the “rights of unborn people” is the “greatest moral issue of our time," despite the fact that libertarian guru Ayn Rand stated that abortion is a moral right, end of story.

Dealing with people who possess vaginas is clearly a dilemma for would-be anti-government crusaders. As many as 40 percent of the libertarian-leaning can’t seem to reconcile their political philosophy with the horrifying specter of female autonomy and frequently resort to preposterous arguments about embryonic emancipation to justify their belief that freedom is okay as long as it does not extend to women. For all their posturing about rationality, many libertarians are clearly irrational on the subject of women, their vaginas and their freedom. Dare we say they are thinking with some other part of their body than their brains?

Libertarians tend to embrace a tired strain of 19th-century economic thought that correlates with 19th-century attitudes concerning women (witness the libertarian-leaning James Poulous making a Victorian argument that the “purpose” of women is to temper the barbaric tendencies of men). Such positions, of course, crumble when confronted with the real exigencies of the modern world. Libertarians love to talk about free markets and rational economic actors, and yet show them a woman who makes a rational decision to keep herself and her family from sliding into poverty by terminating a pregnancy and many will respond with fits of patriarchal moralistic frenzy. They have a hard time recognizing that abortion is an economic issue, even though polling shows that the public increasingly understands it is.

Many Americans living in the real world, especially those who are not wealthy, get it that a woman cannot effectively participate in the modern workforce without being able to plan pregnancies and limit the number of children she bears. Ongoing pregnancy discrimination on the job, inadequate family leave, and unaffordable child and healthcare (the U.S. is the most expensive place in the world to give birth) are among the many reasons that a woman, acting rationally, would decide to terminate a pregnancy.

Quite rationally, women tend to support candidates who appreciate their economic and social concerns, as do many men who understand that the wellbeing of women extends to their families and the rest of society. They do not appear to be lining up behind female candidates like Carly Fiorina, who do not (Fiorina is anti-choice and does not tend to support equal pay). That’s in part why Republican men, after losing ground among women voters in the 2012 elections, are scrambling to change/soften their positions on issues like abortion. Wisconsin Gov. Scott Walker, who once opposed legal abortion even in cases of rape and incest, has lately been backtracking, telling Fox News that he “cannot change the federal law that gives women the choice whether or not to have an abortion,” a view which angered anti-choice activists. Is Walker a vagina campaigner?

It is too bad that so many libertarian and conservative men who bray about freedom do not seem to be in favor of a world in which women are free to decide what to do with their bodies without being coerced by a largely male government, or free to get the affordable access to childcare or healthcare that would certainly expand their possibilities in the world. By treating women as brainless “vagina voters,” they reveal the contempt for anyone who is not, well, exactly like them.