Wisc. GOPers demand apology from rape survivor who used 'rape' to describe their defunding of schools 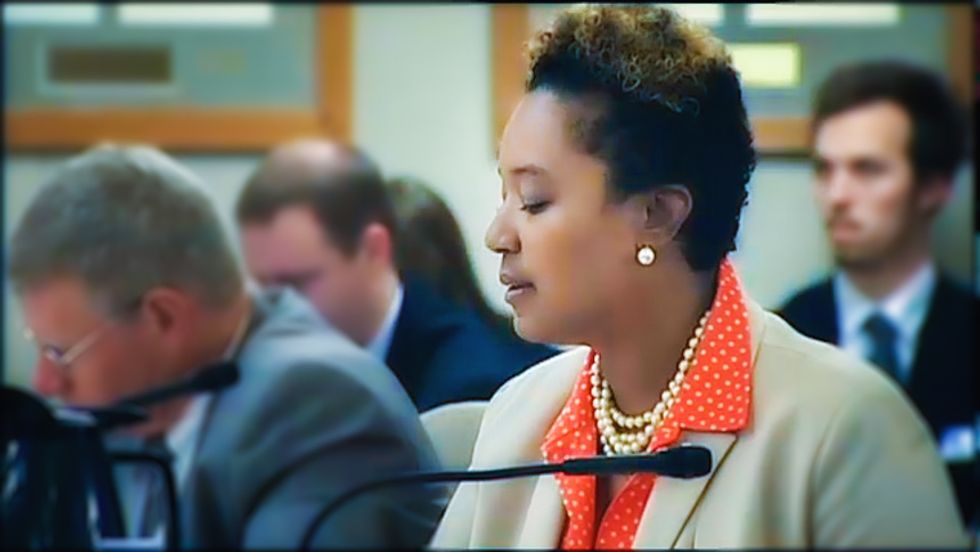 Wisconsin Republican lawmakers have accused Democratic state Sen. Lena Taylor, who is a sexual assault survivor, of not being "sensitive" enough after she repeatedly used the word "rape" to describe their treatment of the state's schools.

"For years, individuals who sit on this committee and in this building have known that they have been raping the children of MPS," Taylor had said during a Joint Finance Committee meeting on Tuesday.

"I get it. The word 'rape' sounds offensive," the Democratic senator added. "But when you consider the fact that 15 out of 100 kids can read on grade level while $89 million have been skimmed from the education of kids and that you don't invest in in even the crisis areas -- who are you fooling?"

WKOW reported that Republicans immediately demanded an apology from Taylor.

State Rep. Jim Steineke (R) said that the comparison had been "unconscionable," and suggested Democrats were hypocrites for allowing one of their lawmakers to use the word "rape" to describe school funding.

"They would be all over us, asking for that person's head," he noted. "Yet, when one of their own says something like this - it's crickets."

While speaking to WKOW on Wednesday, Taylor insisted that she had chosen her words with care because she was a sexual assault survivor.

As for the Republican condemnation, Taylor said that she understood that "everyone can't understand the pathway, the valley that gets me to the seat that I sit in."

Steineke, however, continued to attack Taylor on Twitter on Wednesday.

"Sen Taylor doubles down on rape comparison. Being victimized yourself should make you more sensitive, not less #wiright #WomenDeserveBetter," he wrote.