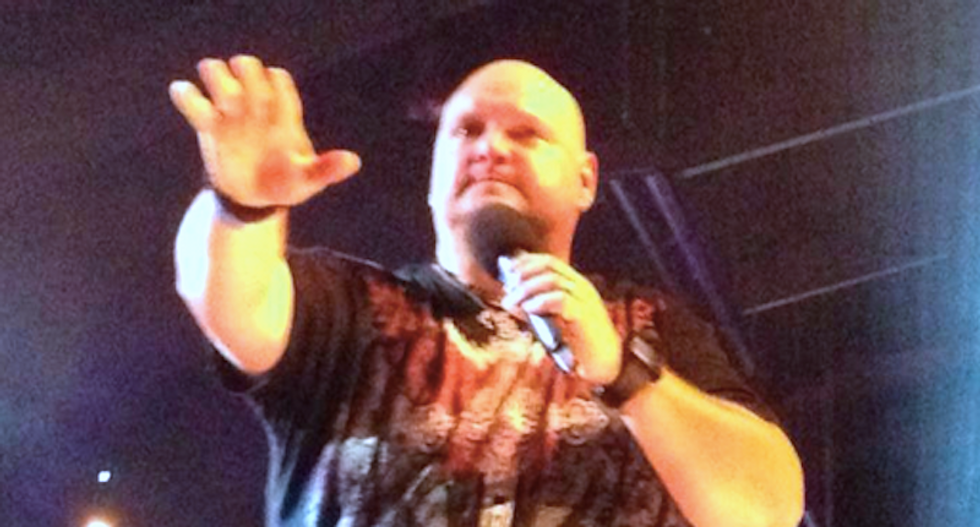 A British woman disputed a pastor’s claims that he raised her brother from the dead during a church service.

Robby Dawkins, a self-described faith healer, claims that a worshiper collapsed and died last month during a service he was preaching – coincidentally enough, on resurrecting the dead – in northern England, reported Charisma News.

The pastor claims Matt Catlow collapsed upon hearing the sermon’s title, and his hands withered and began twitching as his mother screamed for an ambulance.

"What I saw was a strong demonic presence over him,” Dawkins said, describing the symptoms of a seizure.

Dawkins said he ordered the demonic spirit to leave Catlow’s body as a doctor and other congregants gathered around to pray – but he said they heard the “death rattle” as fluids built up in the man’s upper chest and his heart stopped.

“I began to bind the spirit of death and say, 'You can't have him!'” Dawkins recalled. “I began to declare the resurrection life of Jesus Christ over him. People were beginning to get a bit restless but then I could hear his breathing start to recover and his color started to return.”

Dawkins, who has previously complained that United Airlines would not allow him to resurrect another passenger who died on a flight, said Catlow’s condition has improved dramatically.

The man’s sister, however, said those claims are nonsense.

The woman set up a Facebook page to refute Dawkins, who she described as a charlatan using her brother’s medical condition to promote his books and ministry.

“What Robby is telling everyone is not true,” she said. “It has since been MEDICALLY proven that Matthew had suffered an epileptic seizure which often can display similar signs of someone dying. TWO nurse family friends of ours both had their hands on Matthew throughout and not once lost his pulse. So no, Matthew did not die.”

She said her brother had suffered a debilitating stroke about a year ago and had worked hard in physical therapy to achieve the health improvements that Dawkins claims his prayers brought about.

The woman said the church’s preacher had apologized to congregants, who are upset by the controversy, for inviting Dawkins.

“The doctor who was also there is said to be apologizing to them next week for all the pain caused through this unbelievable encounter that he had given and the shock that all this had been broadcast on Facebook by this coward of a man who will not face up to the actual truth,” the woman said.