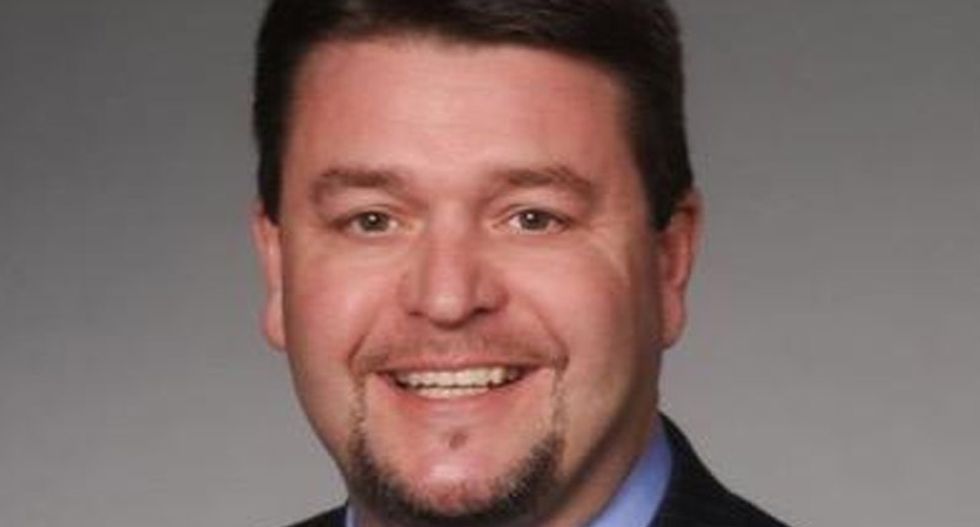 An Arkansas state senator had a meltdown on his Facebook page, freaking out because his hometown of Conway, Arkansas is hosting their 12th annual gay pride parade on a Sunday once again, which he claims is done specifically to mock Christians.

Sen. Jason Rapert (R) took to his Facebook page to rail at the city council that initiated the parade back in 2003, stating that they chose Sundays to have the parade because, "because they understand that the lifestyle they are glorifying on our streets is considered sin by every Bible-believing Christian and they use their parade on a day reserved to worship God and reverence the Lord to mock Christians."

"I object to Mayor Townsell and the Conway City Council continuing to allow people, many of whom do not even live in our community, to parade down our streets on a Sunday and accuse Christians of being 'bigots' because they believe the Bible teaches that homosexuality is sin," he wrote. "This is truly one of the most offensive public displays against Christians you will find anywhere in our state and especially offensive because they have specifically chosen Sunday to try and intimidate people who believe in the Word of God."

Rapert also took the opportunity to criticize the city for passing a human rights ordinance designed to protect the LGBT community, despite the fact that they only "represent just 3.8% of the population."

Then he took on gay marriage.

"I submit that the same-sex marriage agenda that came before the U.S. Supreme Court warrants the same response from all Americans - remind the 9 justices that 96.2% of Americans should not be forced to affirm the confusion of 3.8% who demand our full attention," he wrote.

Returning to the Sunday pride parade -- that presumably has irritated him for twelve years -- he wrote, "This parade against Christian values may indeed happen again for the 12th time on a Sunday in Conway, but I object to it ever again being held on the Sabbath Day again."

He added, "It is one thing to proclaim you are a homosexual and demand attention to yourself, but it is quite another for homosexual activists to cross the line and accuse Christians of being 'bigots' and that their belief that homosexuality is sin is 'hate speech.'"

A commenter on his Twitter page suggested a different motivation for Sunday parades.