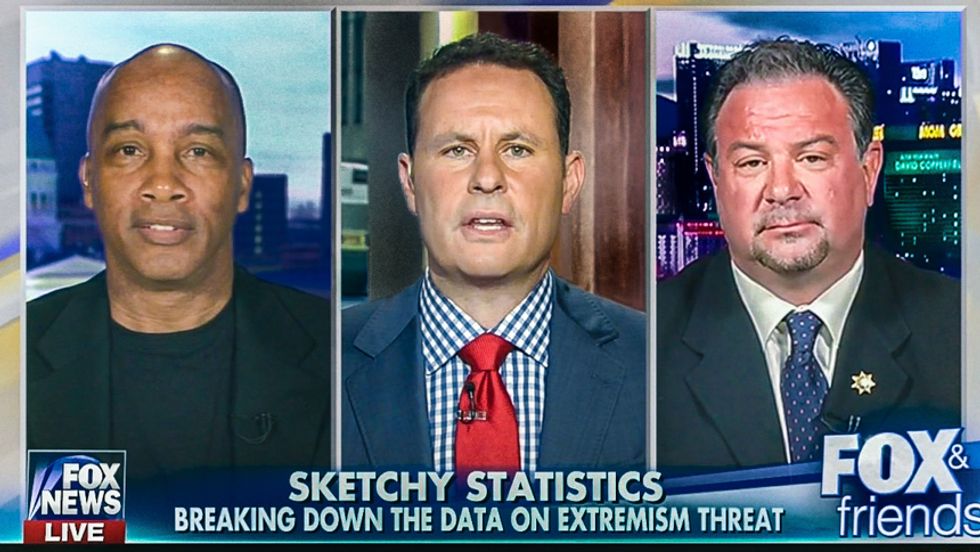 Fox News pundit Kevin Jackson asserted on Monday that the white supremacist who massacred nine people at a black church in Charleston, South Carolina had been created by liberals and "their education system."

Last week, The New York Times reported that a study by the New America research center had found that more than twice as many people had been killed by "white supremacists, antigovernment fanatics and other non-Muslim extremists than by radical Muslims" since 2001.

On Monday, Fox News host Brian Kilmeade seemed shocked that the Times would describe the study as non-partisan when it was accusing right-wing extremists of being more dangerous than Islamic extremists.

Jackson, author of The Big Black Lie, agreed that the report was the "biggest hack job" he had ever seen.

"First, let's define what's considered right-wing or left-wing terrorism," Jackson said. "In the case of, for example, [admitted Charleston shooter] Dylann Roof, they've just thrown him over into the right because he passed by a right-wing building or something."

"Dylann Roof is a product of the left wing, he's a product of their education system," the frequent Fox News pundit opined. "And as much as they want to blame it on the right, as far as I'm concerned, you can look at everything he's done and it absolutely adds up to leftism."

In an interview with Fox News last week, Jackson had also attributed the church massacre to Affirmative Action.

Watch the video below from Fox News' Fox & Friends via Media Matters.