Bristol Palin defends herself against ‘giddy a$$holes': ‘I meant to get pregnant — so deal with it’ 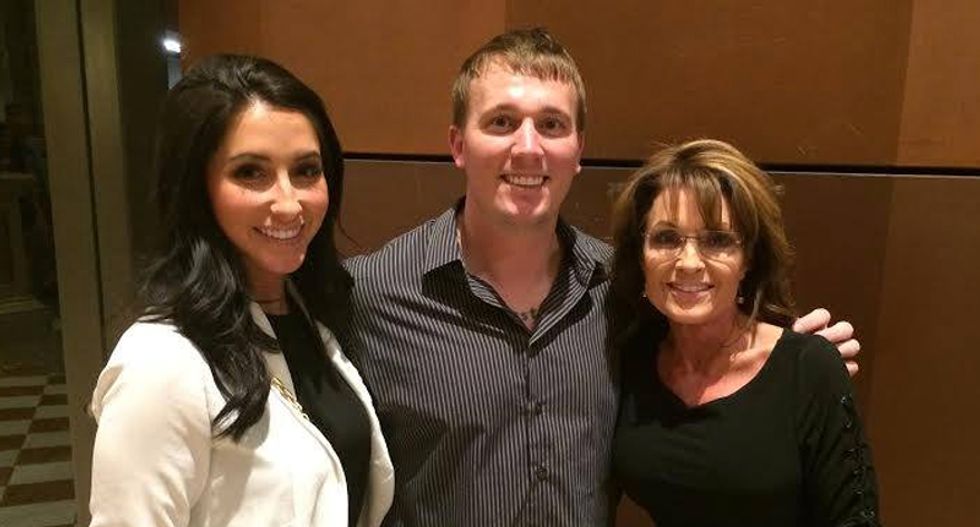 In her original blog post announcing the latest pregnancy, she wrote, "Honestly, I’ve been trying my hardest to keep my chin up on this one," before adding, "I know this has been, and will be, a huge disappointment to my family, to my close friends, and to many of you."

Writing on her blog on Sunday, Palin seemed to disregard the tone of her announcement, stating: "I made a mistake, but it’s not the mistake all these giddy a$$holes have loved to assume. This pregnancy was actually planned."

"Everyone knows I wanted more kids, to have a bigger family.  Believing I was heading that way, I got ahead of myself," she wrote. "Things didn’t go as planned, but life keeps going. Life moves on."

Palin also defended herself against critics who mocked her earlier career spent as an sexual abstinence "spokesperson," quizzically using the mission statement from her former employer -- the abstinence promoting Candie's Foundation -- as a defense.

"In other words, they are a teen pregnancy prevention non-profit and I worked for them when I was 18 and 19 — when I could share first hand the challenges of being a teen mother," she wrote.

However in a 2009 interview with In Touch magazine,  Palin said, "I'm not going to have sex until I'm married, I can guarantee it."

In a 2010 public service announcement (seen below) she did for the Candie's Foundation with The Jersey Shore's "The Situation," Palin was asked, "You're not going to hook-up before you're married? For real?"

Palin responded " For real, for real," before adding, "Trust me now, I'm not getting myself into another situation," when discussing her own  teen pregnancy.

Despite all of that, Palin remains defiant, writing, "I am pregnant. This is not the ideal situation, but life is important even if it’s not in the most absolute ideal circumstance. This is more confirmation on what I’ve always stood for. I’ve always been pro-life and I am standing for life now. Deal with it."

Palin has yet to identify the father of the child.

Watch Bristol Palin's work as a "not-abstinence spokesperson" below: