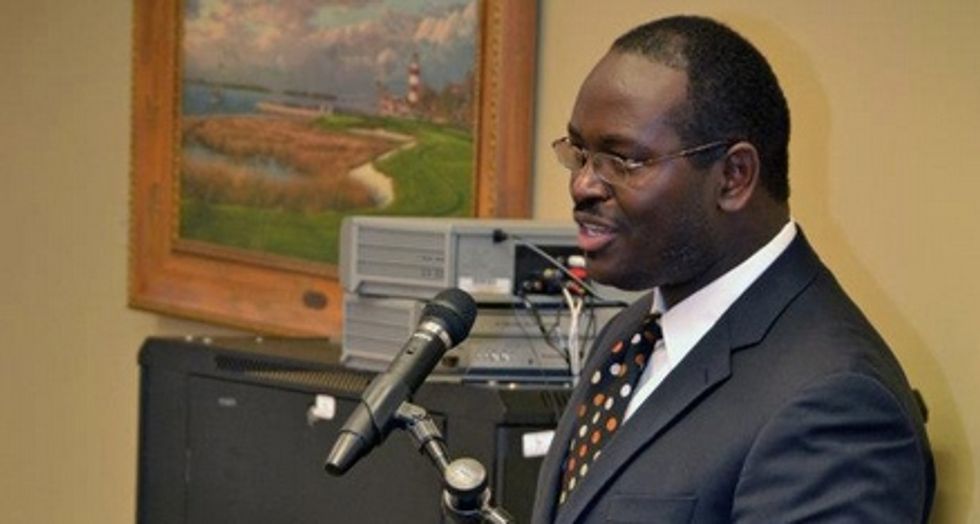 Today, America mourns nine people senselessly shot dead in a Charleston church -- apparently for the color of their skin. Among the dead is Clementa Pinckney, a pastor, Democratic state senator, and social justice leader.

Speaking before a group of theologians visiting the Emanuel African Methodist Episcopal Church, his home parish, in 2013, Pinckney discussed the role he and his church have played -- and continue to play -- in the struggle for racial justice and equality in America. Mother Emanuel, as it's called, rebelled against slavery, hosted Martin Luther King rallies, and endured state violence dating back to the 1800s for having black parishioners.

Pinckney describes his church, which has persisted for centuries despite periodic prohibitions on black worship by the government of South Carolina, as a beacon that invites the people in, and whose light shines out more broadly in the community. "This is not necessarily unique to us," Pinckney said of Mother Emanuel, "It's really what America's all about. Could we not agree that America is about freedom? Whether we live it out or not. But it really is about freedom, equality, and the pursuit of happiness."

As he closed his sermon to fellow members of the cloth, Pinckney urged his colleagues to embrace a social justice-minded approach to religious leadership, saying, "Our calling is not just within the walls of the congregation, but we are part of the life and community in which our congregation resides. And so, many have made great strides. And we've encouraged others to do so. And even now, even though you are here, we don't like to see our church as a museum, but as still a place of change, and still a place where we can hopefully change and work on the hearts and minds and spirits of all people."

Pinckney had been the pastor of the Emanuel African Methodist Episcopal Church in Charleston since 2010. He was 41 years old, a tenured member of the state legislature, and a supporter of Hillary Clinton's presidential campaign, according to the New York Times. He was married and had two children.

Watch Clementa Pinckney speak about the civil rights struggle and the promise of America: