CNN finally notices string of black church fires: 'Is it a hate crime' or 'is it bad wiring?' 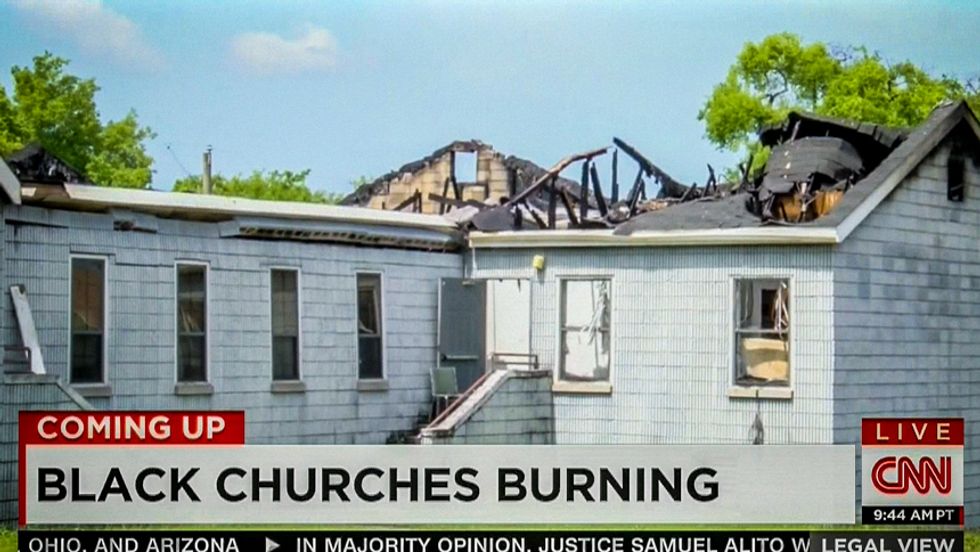 CNN host Ashleigh Banfield speculated on Monday that a string of fires that burnt at least six black churches in the South could be hate a hate crime or simply "bad wiring."

A week after officials began investigating suspected arson at a Knoxville church, CNN finally delivered a report on the series of fires.

"Is this vandalism? Is this a hate crime over and over?" Banfield wondered in a teaser. "Is it bad wiring? And is it possibly all of the above?"

Following a commercial break, CNN Justice Correspondent Evan Perez explained that federal officials were investigating because it would be a "heck of a coincidence for all of these things to be happening all within a week."

Perez pointed out that one church in Tallahassee had, in fact, burned due to an electrical fire. But it had been caused when a tree fell on electrical lines, not because of existing "bad wiring."

Another church may have been set on fire to cover up vandalism, the CNN correspondent reported.

In all, investigators have said that arson was suspected in at least three of the six fires.