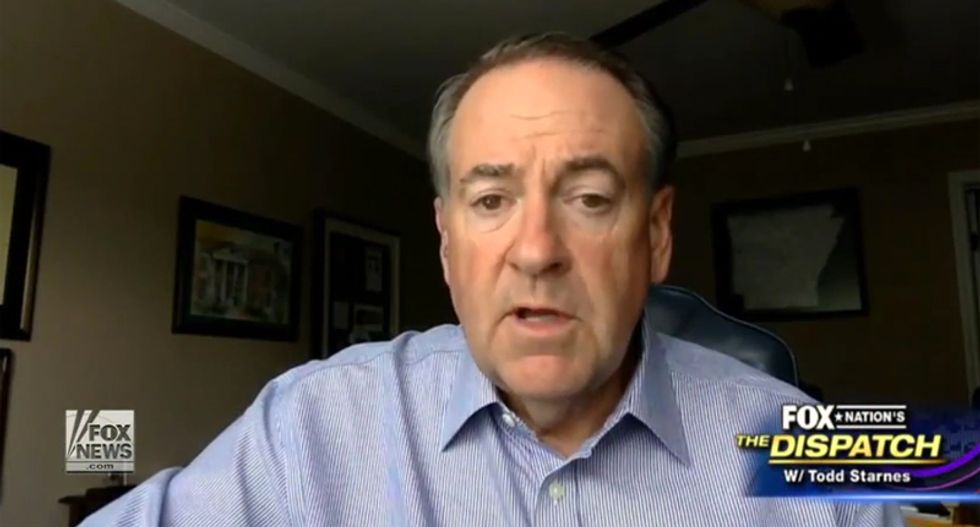 Repeating an often heard suggestion following every mass shooting in the United States, former Arkansas Governor Mike Huckabee complained that President Barack Obama was "grandstanding" when he called for more gun control after the Charleston church shooting, saying instead more guns is the solution.

With Fox News host Todd Starnes calling the president's comments "despicable," Huckabee joined in to attack the president before pointing out that it was a shame no one attending the prayer meeting was packing a gun.

"Well it was disappointing to hear the president within virtually minutes of the news breaking, or certainly hours, for him to come to the podium and immediately say, 'Alright, this is a great opportunity for me to grandstand and jump up on the stump and talk about gun control.'" Huckabee said.

Saying that no gun control proposal could have stopped the shooting at the Emanuel African Methodist Episcopal church in Charleston or at the Sandy Hook Elementary school, Huckabee lamented the fact that no one at the prayer meeting was carrying a gun.

“The one thing that would have at least ameliorated the horrible situation in Charleston would have been that if somebody in that prayer meeting had a conceal carry or there had been either an off duty policeman or an on duty policemen, somebody with the legal authority to carry a firearm and could have stopped the shooter,” Huckabee said. "

Huckabee added, "I go back to was has often been said, and it sounds crass, but frankly the best way to stop a bad person with a gun is to have a good person with a weapon that is equal or superior to the one he's using."

Fox's Starnes, notorious for his false reporting of supposed persecution of Christians in American society, then called for civility instead of rhetoric by our nation's leaders.

Watch the video, uploaded to YouTube By Sophia Duffy: