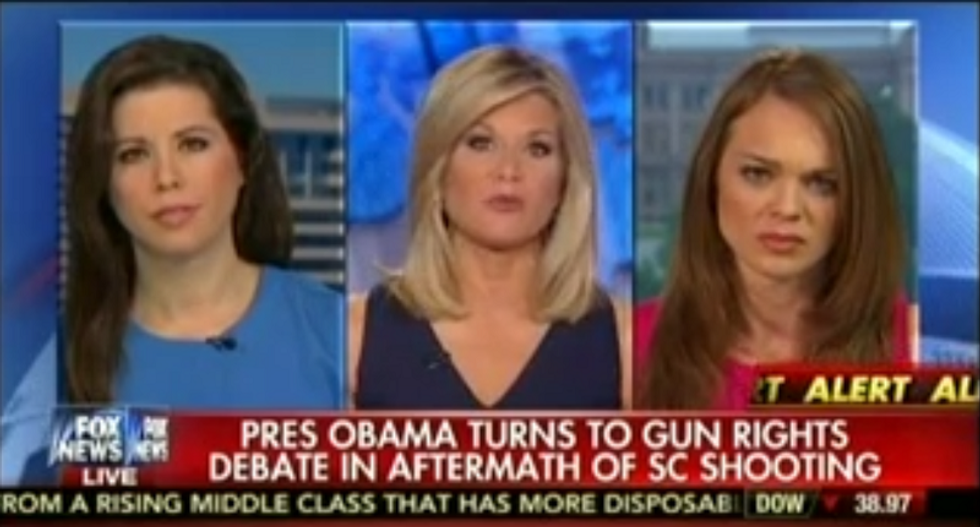 During a discussion about mass shootings in the United States, Fox News host Martha MacCallum said the country's cultural diversity may be a contributing factor to their high frequency.

At the 3:40 mark in video procured by Media Matters, after discussing shootings in Norway and the Czech Republic, MacCallum makes the remark.

"Now it may be statistically, Mary Katherine, that it has happened here more," she says. "That may be because of the kind of society we are. We have a lot of different cultures living here together. We're a very unique society and that's a very wonderful thing, in large part. But that may be a contributing factor here."

"Well I think this is the puzzle that is America, right." Ham responded. "We have many, many different people living here, we have lots and lots of freedom, often more than many other countries and that means inherently, we are going to face risks that other countries don't. But it's not true that these things don't happen in other countries."

Fear mongering over diversity is a common theme among racists, who often cloak disparaging the idea of whites living with other cultures with terms like "multiculturalism." In January, billboards appeared in Alabama emblazoned with the words "Diversity means chasing down the last white person," erected by White Genocide Project.

The blog of racist Bob Whitaker states, "Everybody says there is this RACE problem. Everybody says this RACE problem will be solved when the third world pours into EVERY white country and ONLY into white countries...But if I tell that obvious truth about the ongoing program of genocide against my race, the white race, Liberals and respectable conservatives agree that I am a naziwhowantstokillsixmillionjews."