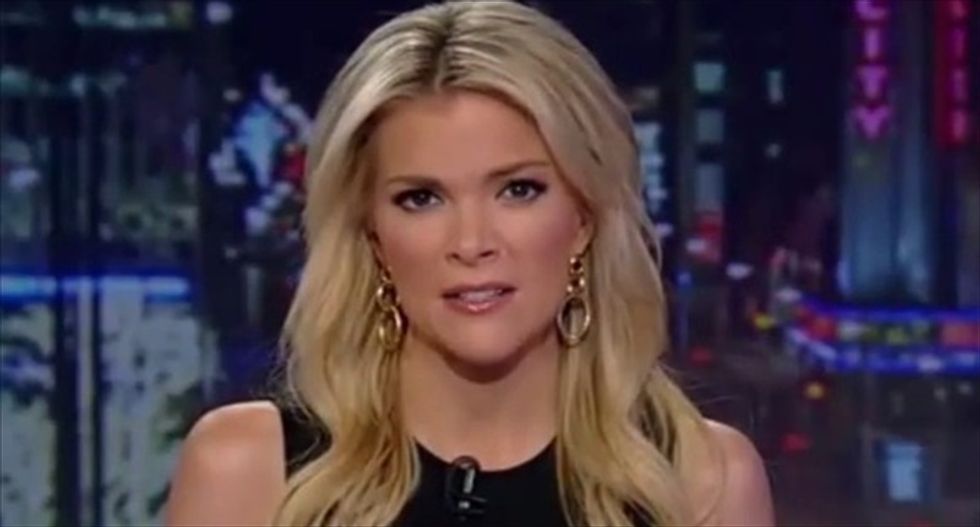 Fox News host Megyn Kelly said on Monday that, while she was not defending McKinney, Texas police officer Eric Casebolt's actions last week, the 15-year-old girl he attacked was not without blame.

"The girl was no saint, either," Kelly said of Dajerria Becton. "He had told her to leave, and she continued to linger. When a cop tells you to leave, get out."

Kelly did not mention that, according to Becton, she was in the process of complying with Casebolt's order when he violently took her down after being called to the scene of a pool party.

"He told me to keep walking, and we were walking and I guess he thought we were saying rude stuff to him," Becton told KDFW-TV.

Kelly also told her guests, former Los Angeles Police Detective Mark Furhman and radio host Richard Fowler, that the incident had been turned "into a race thing," and wondered whether it was justified.

"Race aside, Megyn, I think to watch a woman being handled like that by a guy who's two times her size made me totally sick to my stomach," Fowler said.

Meanwhile, Fuhrman, who pleaded no contest to perjury charges in 1996, stemming from his involvement in the O.J. Simpson murder trial, called it "kind of a wash" to suggest race was a factor in the incident, arguing that black and white residents asked for police assistance.

"The video is rather narrow in its scope, so we don't know that," he said. "We don't know those facts yet. I think it's kind of a leap to go to a racial profiling at a graduation, beginning of summer pool party."

The witness who filmed the encounter, 15-year-old Brandon Brooks, told KDAF-TV earlier in the day that he felt that police did not use physical force against him because he is white.

"You're focusing on control, but arrest of one person ties your hands, and now you're completely useless to the rest of the crowd or the other officers," he argued. "He certainly did not have control of her. It looked kind of bad, the way he was attempting to get her on the ground."

"I'm sure he didn't know she was 14 at the time," Kelly replied. "Maybe he did, we can't assume it. But now we know, and she looked like a young woman. It's brutal."

Watch the discussion, as posted by Media Matters on Monday, below.