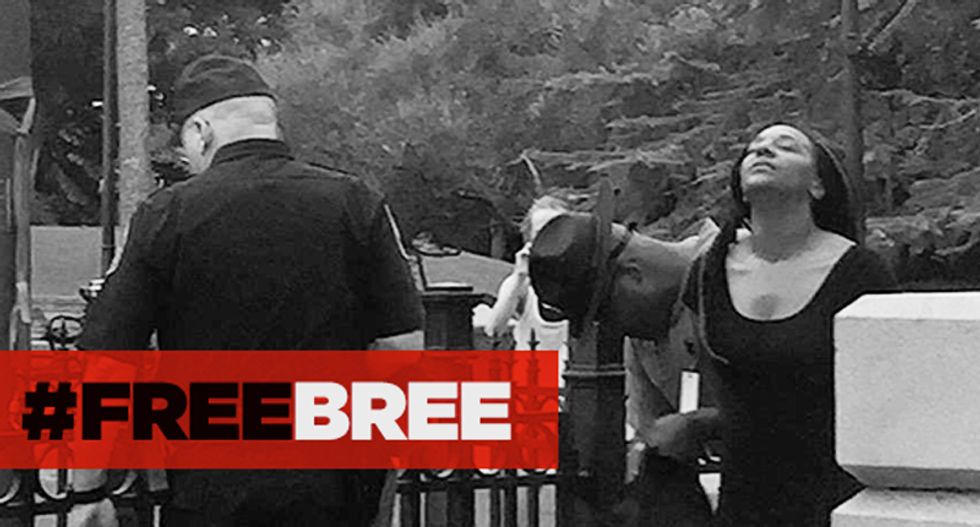 Activist Bree Newsome became the darling of social media Saturday morning after being arrested for climbing the flagpole in front of the South Carolina capital and pulling down the Confederate flag.

Twitter users under the hashtag #FreeBree lauded the black woman's early morning escapade, with a fundraiser set-up by CREDO Action rapidly accumulating funds to help defray her court costs and get her message out.

Newsome -- who was arrested by State Capital police along with associate James Tyson, when she came down the pole carrying the flag -- issued a statement reading, "We removed the flag today because we can't wait any longer. We can't continue like this another day. It's time for a new chapter where we are sincere about dismantling white supremacy and building toward true racial justice and equality."

The woman is part of a group of activists allied with #BlackLivesMatter and Ferguson Action calling for justice, increased employment, and support for African American communities.

The fundraiser established on Indiegogo raised more than $53,000 in over five hours, well above its goal of $20,000.